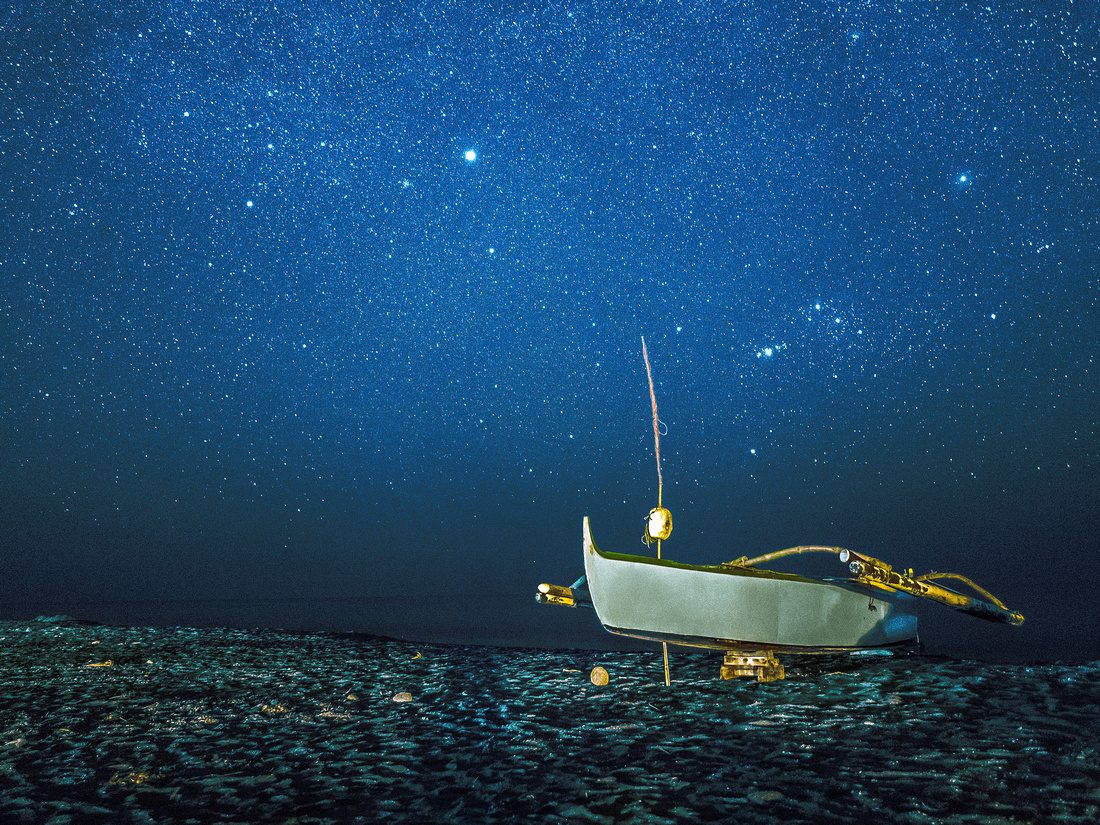 Benjamin Franklin, Leonardo Da Vinci. Nikola Tesla. These historical figures are regarded as Renaissance men.  But who was the first?  Whoever it was, I think it was the one who invented the boat.  Could you imagine being on that beach with that guy testing his invention?  Better yet, imagine what the hell it was he was smoking when he came up with the idea.  "Yea I'm gonna take this tree trunk and hollow it out with fire so I can sit in it and travel across the water."  Wait, what? How did he? But why?  Can you imagine how many times this guy had to cut down a tree, start a fire and get the fire to do what he wanted it to do to turn his tree trunk into a boat?  The fire wasn't working so he comes up with another way to get the tree to turn into a boat.  So not only is this man an inventor/shipbuilder but he's also a carpenter.

He's got his boat and it floats and now he's taking people from island to island.  Then one day he probably thought, "what else is out there?"  What drove him to want to leave the relative safety and comfort of his island life?  Was he sick and tired of his neighbors?  Maybe he just wanted a change of pace?  But the Pacific is a big awful place, surely he can't go it alone.  All these tiny specs of land dotting this ginormous body of water and it's not as though humanity just evolved in parallel all over the world.  Migration over land only takes you so far and many of these islands are the tops of volcanoes, brand new pieces of Planet Earth unconnected by land, so how did people get there?  They got there on a motherfucking boat!  Isolated by hundreds if not thousands of miles apart all with flourishing populations of people and cultures today, all thanks to the invention of the boat.  So not only is this guy an inventor/shipbuilder and carpenter, he's also a lady's man.  Dare I say, a romantic even.  He had to convince women to go with him!  Could you imagine the conversation on that beach?

Woman: what do you do with it?

Man: It goes on water.  and if the wind hits this thing just right, it goes across the water. Cool, huh?

Woman: Where are you going?

Man: I dunno, that way :points to open water:

Man:  I haven't worked that out yet.

Woman:  Are you bringing anything with you?

Man:  I haven't thought that far ahead.

Woman: ...and you made this thing?

Woman: ...riiiight.  I should probably ask my parents first.

Man: Bring them along! More the merrier.

Okay, so it probably didn't go down like that.  But what the hell did he say?!  What cunning and wit were used to compel one another to travel and explore, to not only inadvertently propogate our early existence on this Earth but to cultivate civilization across every pocket of land on this Earth as well.  And that's another thing.  He had to work out a way to get to and from wherever the hell it was they were going!

Woman: Where are we going then?  It's the middle of the night and it's cold.  You can't see a damn thing!

Man: We're going wherever the wind takes us.

Woman: Oh for fuck's sake, Mom! Guess what we--

Man:  Hey look! That weird pointy cross thing in the sky.  It looks just like the one at home.  You think it's the same one?  Let's just go that way.

Inventor, Shipbuilder, Carpenter, Romanticisicist, Voyager, and now Celestial Navigator.  This guy is a fuckin' bad ass.  Inevitably this dude has traveled so far and wide that surely he must've reached the other end of the Pacific at one point, right?  But how's he gonna prove to his people that he made it that far?

Early Polynesian: Hey, man.  Thought we were alone. How did you get here and why do you look like me?

Early Chilean:  Dude I thought WE were alone.  Uh, we walked here.  How'd you get here?

Early Polynesian: in that. :points to boat:

Early Chilean: Whoa that's pretty rad.  Can we copy it?

Early Polynesian: Sure.  Got anything cool in return?

Early Chilean: Uh, we have this thing called a chicken. :points to bird:

Early Polynesian: What do you do with it?

Early Chilean: It's mostly useless.  It makes this really irritating sound every morning and one morning I got so annoyed I threw it in the fire.  Thing is though, it started to smell really good.  In fact, it smelled so good that we ate it.  So that's why we keep 'em around these days.  Oh, and every now and then some of these chickens will poop out these oblong white th--

Early Chilean: Sweet! What do you have?

Early Polynesian:  Well, we have these coconuts.

Early Chilean: Right on, what do they do?

Early Polynesian:  Well, it fell off the tree I used to make my boat.  They're a huge pain in the ass to crack open, but once you do there's water inside it. fuckin' amazing.  White people will go crazy for them in the future.

Early Chilean: What are white people?

Early Polynesian: These cave-dwellers pale as ghosts that in about a couple centuries from now will conquer us both and they'll eventually call our stuff their stuff.

Early Polynesian: I dunno, man. It's a white people thing.

Early Chilean: Oh those white people! Hey take these yams with you. They go great with the chicken.

I might have digressed.  Add trade and fusion cuisine to the many, many things this Rennaisance man, or should I say people have pioneered.  How cool is it that Filipinos, many other Southeast Asians and Pacific Islanders get to say they descend from such seafaring voyagers.  It's in our blood.  I could keep going on and on and on but that's what I was thinking while I was sitting in front of this boat, on that beach.  A beach that if you go back to antiquity could very well have been the setting for the conversation I had imagined in my head.  All because I wanted to try some astrophotography. Funny, that.