What the Hell, Fuji? 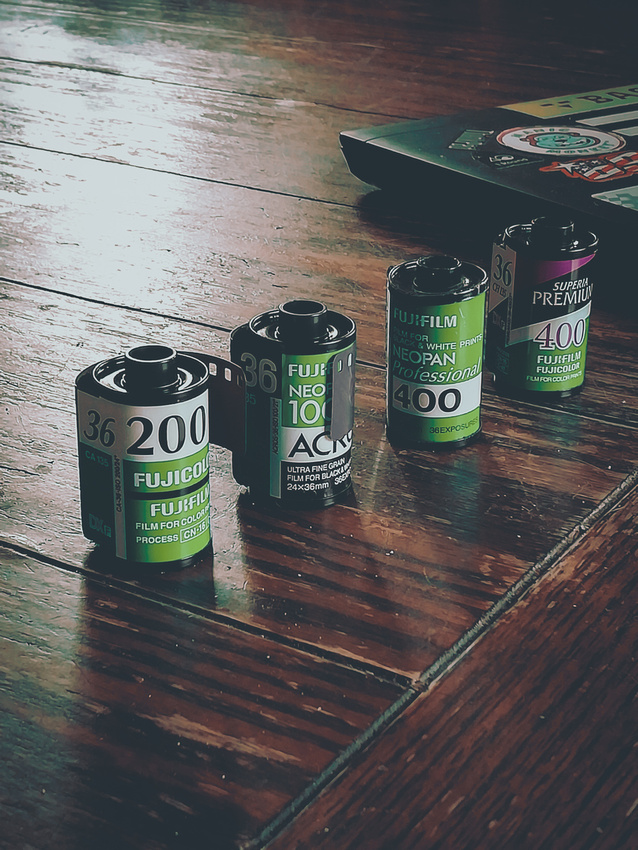 Back when film was the capturing medium of choice, I remember there being shelves and shelves of tiny boxes behind the counter at any place that sold it.  There were two dominant brands, easily identified by their color.  Yellow for Kodak and green for Fujifilm.  For B&W II and Color I, we were allowed to choose our own filmstock.    I went with Neopan 400 for B&W and the sold-everywhere Superia X-tra for color neg.  I learned on these films.  I failed miserably on these films.  I was learning how to cultivate that creative stroke with these films.  To be fair, Fuji was always my second choice.  It was always more of a "well they don't have any Kodak in this store, but Fuji is just as good" situation.  But it was a damn good second choice.  You could flip a coin between Tri-X and Neopan and still achieve the kind of mood you wanted to set.  We were spoiled for choice then.

These days the Kodak boxes are still around, actively bringing back old emulsions profitable or otherwise.  The green Fuji boxes, not so much.  I was livid the day I heard Neopan 400 was axed.  I rushed to Adorama to buy what I could afford.  It's an open secret that Fujifilm doesn't a give a damn about their most mature product line.

Instead, they want to sell you on the experience of their film legacy through their mirrorless X-Series digital cameras.  Having onboard film-emulating output presets for Velvia, Provia, and Acros all the while mimicking the rings and dials of the cameras that are more familiar to the photographers that bought up rolls and rolls of Velvia, Provia, and Acros in the first place.  Totally fine.  Digital has its place in the market.

But then they have the nerve to copy the format of the most familiar of instant-films; get sued for it; only to bring up a countersuit of their own.  Come on, man. Dues are dues and you can't do that.  Have you seen how much Instax packs cost?

One could argue that these (mis)steps are just good business practices because they have a new cash-cow.  Why put risk into something that's dying when you can put risk into something that's relevant and growing?  The joke is on them because with each and every new smartphone release touts an even more impressive camera built in to it.  Most people don't need more than that and the market is a reflection of that.  But this is a whole other argument for another day.

I could never be a businessman.  I'm far too romantic and I don't have cynical bone in my body.  Right when I bought a brick of C200 to mess around with color, in comes the latest news that Fuji will hike up the price of their remaining film products.  That's it.  I am done.  This is literally nothing more than a cash grab.  Before all their cold-storage filmstock gets depleted.  Killing Acros last year should've been the last straw for me, but I was hopeful.  I never got to try Velvia and I don't see the point in it now.  Normally I reserve this space for affiliate links for products that I swear by, but I can't support a company that's trading on their legacy but refuses to bleed for that legacy.  This is so uncharacteristic of a Japanese brand.  Where's the honor?  Just let your film die.