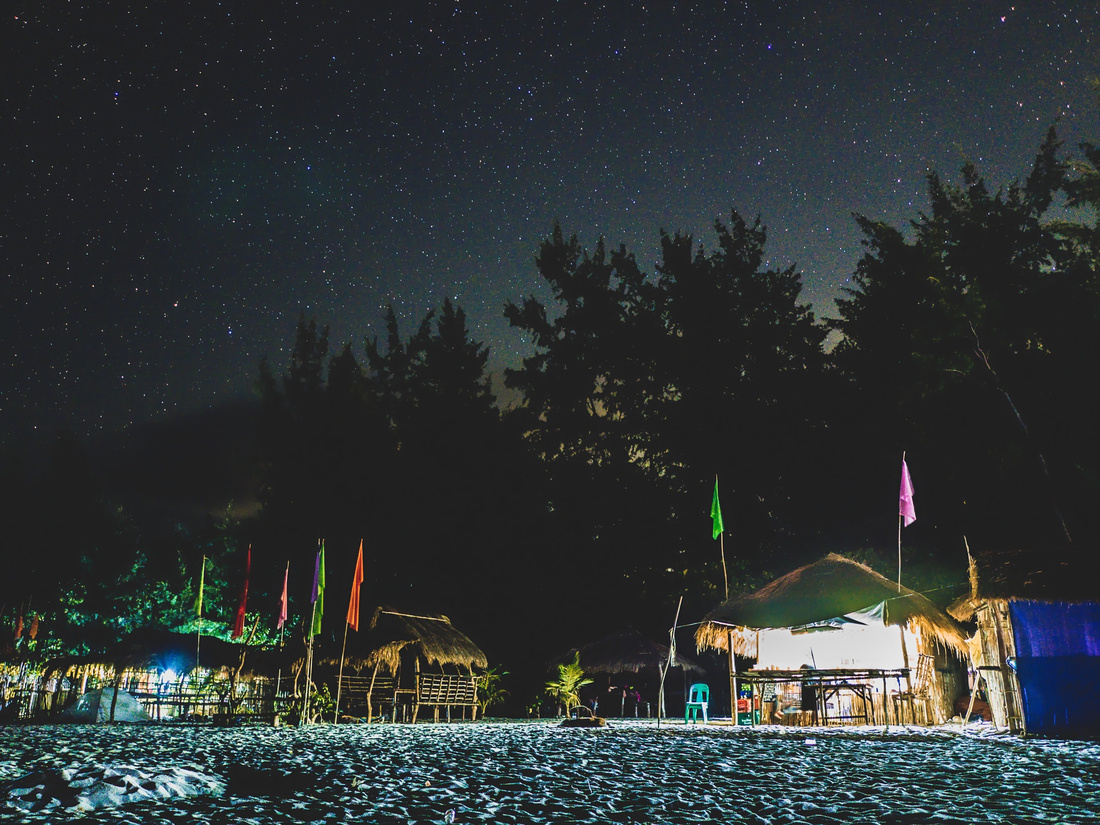 It's nucking futs when you get to look up at the sky on a beach in near darkness hearing nothing but softly crashing waves, titos laughing and insomniac cocks roosting in the distance. The party you've ventured here with are off having their own tequila-fueled odysseys and or have called it a night. So what's a photographer, literally left with his own devices to do? A moment shared with no one in sight. You make a photo and share the moment with the rest of the world, or at least try to.

More stars than you can ever imagine.  Space is vast.  I've been able to see this part of the night sky from this part of the world for that least eight years.  Four times out of those eight I've had a camera with me. Two times out of those four I knew what I was doing to expose the stars.  You're sitting back on the sand, waiting for the camera to do its thing and you look up.  Suddenly you have an epiphany.  As still as I was, I was still moving by virtue of our home revolving around a yellow star which in turn is revolving around a galactic center, which in itself is drifting along somewhere in the universe.  The point is that even if you're a homebody, if traveling isn't your thing, you're still heading somewhere.  It's all just a matter of how much of the big picture you're willing to look at.

Norbert Bednar(non-registered)
I am glad to read this article.
No comments posted.
Loading...