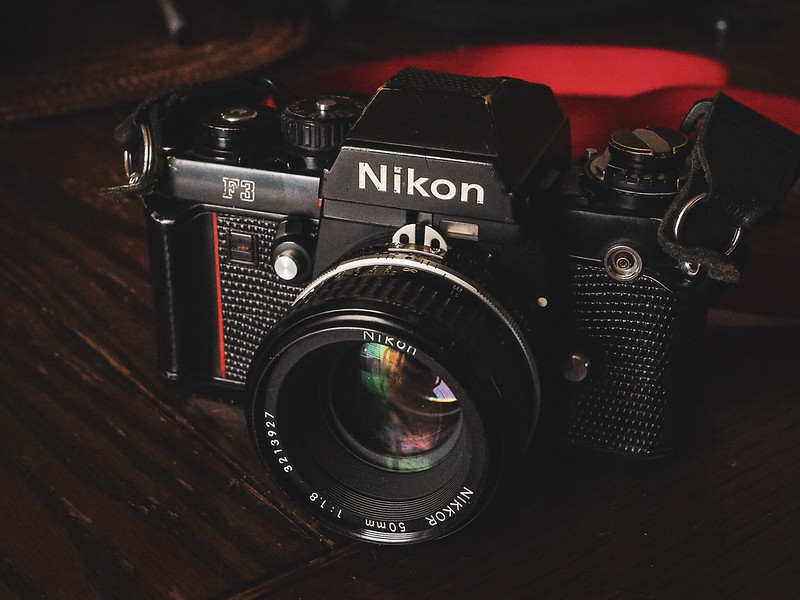 It seems there's no shortage for articles or Google landings for when you search for "Nikon F3."  There's good reason for that, it's one revered camera.  I could go on and on about its features and capabilities but I wouldn't be doing it any justice.  Specs are for the digital generation.  This isn't some high-tech DSLR.  This is a legit camera. The TA manning the darkroom during open lab back in college had one and he wouldn't shut up about it. He once yanked my N80 out of my hands and palmed it like it was some alien artifact. With a furrowed brow he quickly surmised that it wasn't an F3 and I was no photographer if I didn't have an F3. When you wield one of these things it gives you a sense of purpose.  Back in its day this was leading edge.  "Pro" cameras of the time were mostly pure mechanical.  No batteries required.  Having a light meter meant you were a n00b, much less aperture-priority exposure which by the way is this camera's one of two shooting modes.  It's devoid of features.  The prosumer oriented Nikon FA was far more feature-laden albeit with a whole lot more plastic.   This thing is just a rugged, dependable camera that's as sweet to look at as it is to hold and put through its paces.  Gorgeous Italian industrial design meets utilitarian Japanese engineering prowess? That's a match made in Heaven. 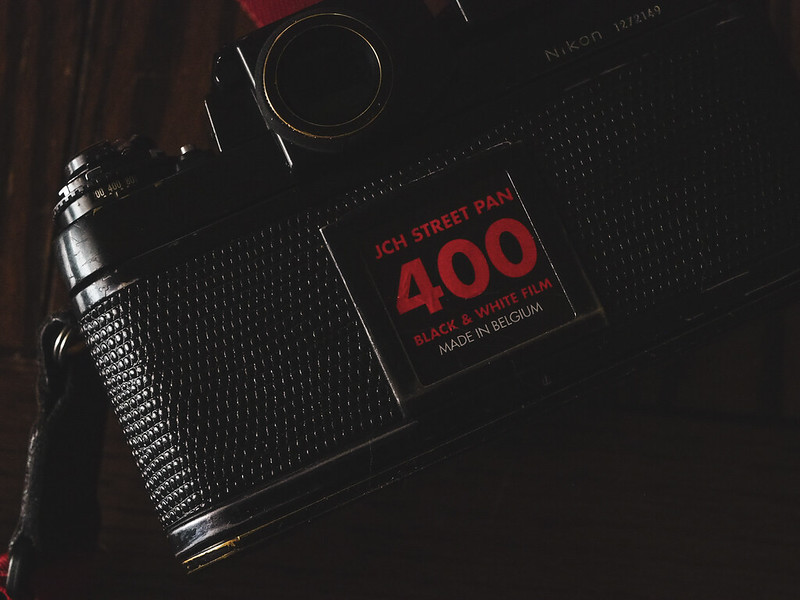 Bellamy Hunt of Japan Camera Hunter says "taking it apart is like taking a gun apart."  He's right, sort of.  It's one of my favorite reasons for owning an F3.  Popping the pentaprism off just because you can, changing lenses, hearing that mirror thwack up and coming back down after each shot.  That butter-smooth action as you re-cock the shutter.  All of these are sounds that are associated with 35mm film SLR Photography.  It's a rather involving and engaging experience, something you just can't get with today's gear. <./hipster> 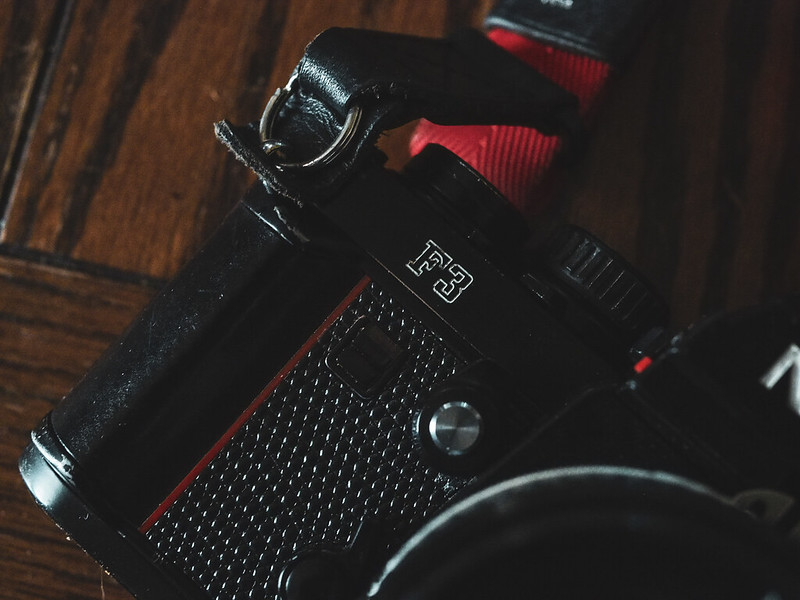 I'm not here to say that the Nikon F3 is the greatest SLR ever made, because it isn't.  It has a proprietary hot-shoe during an era when they finally standardized the hot shoe.  Its top x-sync is pitifully slow.  Its titanium-foil shutter travels horizontally.  Then again, these limitations are just the by-products of its time.  The film door lock lever is a pain in the ass when you want to reload quickly.  It may not be the greatest but it is certainly one of the most iconic and most recognized.  That shutter sound you hear in movies or on TV comes from an F3 with a motor drive.  NASA used specially customized F3's for the crew to use on the Space Shuttle.  Virtually every prop camera seen on the screen pre-digital was an F3.  <./fanboy> 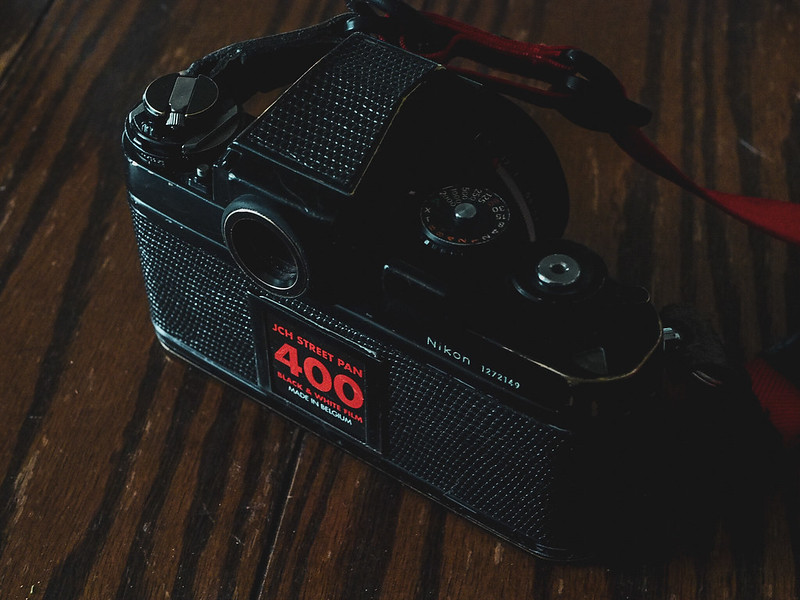 I suppose there's a little bit of collector in every photographer.  Admittedly, when I was starting out I just wanted to get my hands on all the gear I could find.  I was more obsessed with the technology and hadn't really tapped into the art just yet. <./gear whore>

I always like to have a 35mm SLR in the collection that works.  The N80 I had I lent to a friend for a class, the FE10 I got for school I lent to my cousin so he could take classes.  I had an FG that was given to me by a relative and its frame counter decided it would like to show "36" even after you've loaded a new roll.  Justified in my course of action, I thought it best to pick up an F3.

Now I have two of them.  The first one I picked up was at this flea market in Manila.  It was for 500Php and the guy said there was no way it can be repaired.  I told him I didn't care, it would make for an awesome ornament.  It was completely stripped down to its frame.  It was missing several key components.  I wanted it anyway.  If inanimate objects could talk, I could only imagine the stories it could tell.   The same could be said for my 2nd F3.  This too was an early variant.  Only this one worked, and it looks as though it's been around.  Brass was showing through the enamel and there was a ding on the top of the pentaprism.  All the years it's been around, how many owners its had, all the shots it helped make.  I'd like to think it used to belong to a conflict photographer but it was most likely part of a newspaper's equipment pool at one point of its service.  But none of that mattered, I finally had a Nikon F3.<./romancing inanimate objects> 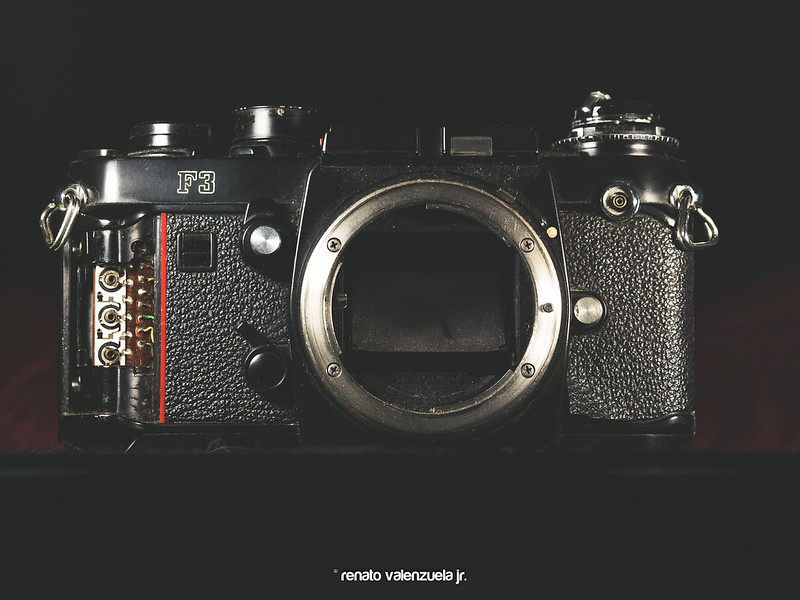 And after 3 years, I sold it.  There wasn't anything wrong with it.  So what gives?  I just can't bring myself to say that I enjoyed my time with it.  Its quirks that I described are more like huge letdowns.  How about the fact that it requires batteries in order for it to be fully functional?  Why can't I seem to like this camera, when everyone else has showered it with praise?  I know I risk being branded a heretic after saying all this, but this isn't to say I don't think the F3 is any good or overrated.  Quite the contrary, it's an excellent camera.  It's just a little too boring for my tastes.  It almost does its job a little too well.  There is no drama in its operation.  Everything works as its supposed to.  Perhaps it's just a bit too over-hyped.  Maybe it wasn't my first choice in classic Nikon SLR.  The camera that's better at being an F3 than the F3 is the FM3a.  But if I ever return to the Samurai from Sendai, I have my eyes set on the ever-increasing-in-price FM2n with a Nikkor 105mm f/2.5 Ai-S permanently affixed to the front so I can do my best Steve McCurry tribute.  The silver lining here is that if you want a great manual focusing SLR with some automatic exposure help, the F3 could be the camera of choice.  If it's zen that you're after, you gotta go full-mechanical.  I'm still chasing that zen and because I can't seem to take my foot off the g.a.s., I think I may have found it in another legendary camera maker. Maybe I can it's because I am a non-conformist to the core and I just have to have something different, just like everybody else. Maybe it's better off as some kind of legend that you hear about but never see.  I've done what they say you should never do and that's to never meet your heroes.

In the end though, it seems to have been a worthwhile investment.  I found and sold mine on eBay.  But before I did, the gear-head tuner in me was bitten by the mod-bug and decided to spruce it up a little.  The leatherette was starting to come undone so I changed them out for a set of lizard-skin embossed covers made from genuine cowhide provided by Aki-Asahi air-mailed direct from Japan.  I also included an Artisan & Artist E25R Easy Slider nylon strap.  Adorama also has a decent used inventory at fair prices for old Nikon gear.