Cameras That I Love: Olympus XA 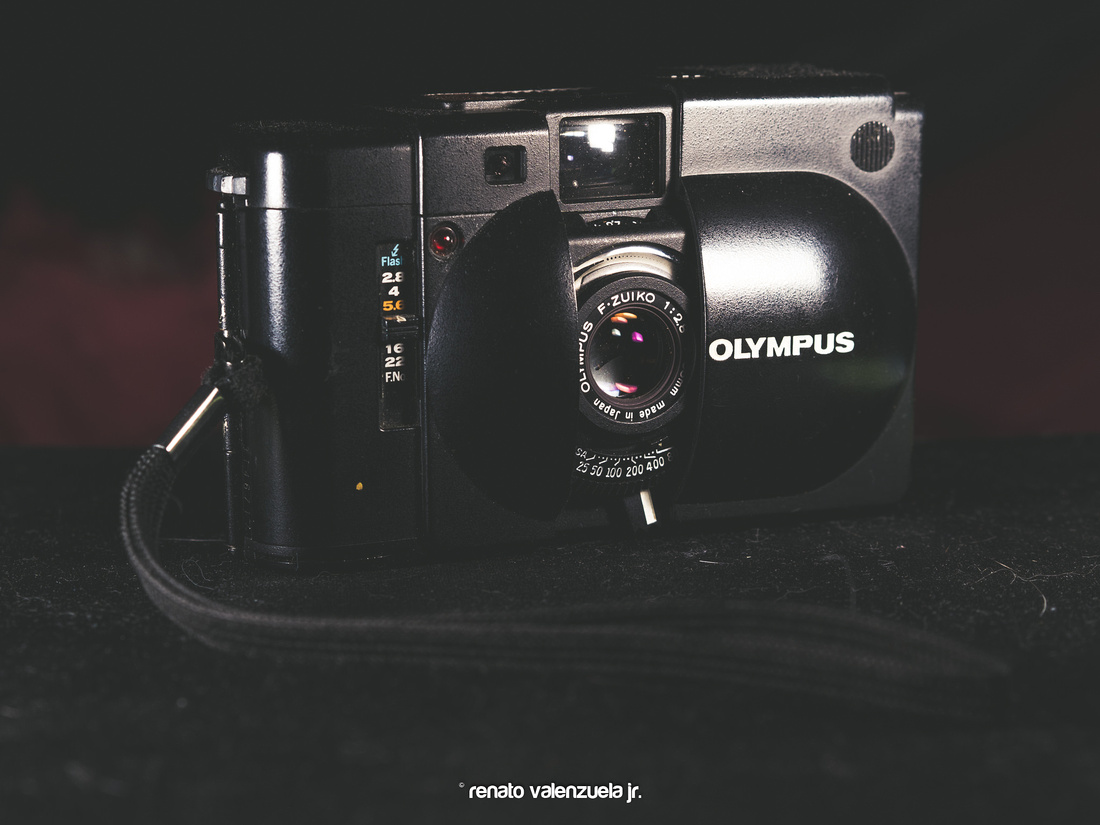 First things first.  I'm not that old.  I'm in my early thirties, so that makes me still part albeit in an older segment of the millennial generation.  I enjoy listening to vinyl as much as I do streaming music to my phone.  I prefer lighting my cigarettes with a Zippo as opposed to vaping.  I'm on Instagram about as often as I use my real camera.  When I started photography, 35mm film was the format of choice.  My first digital camera had a resolution of 2.0 megapixels.  It used proprietary Sony memory sticks that had a capacity of 8 megabytes.   The screen resolution to review on my computer was 1024x768.  Needless to say, the practicality of digital photography had yet to find its foothold.  Film was the medium in which to get things done.  1-hour Photo labs were still prevalent and you could buy film virtually anywhere. 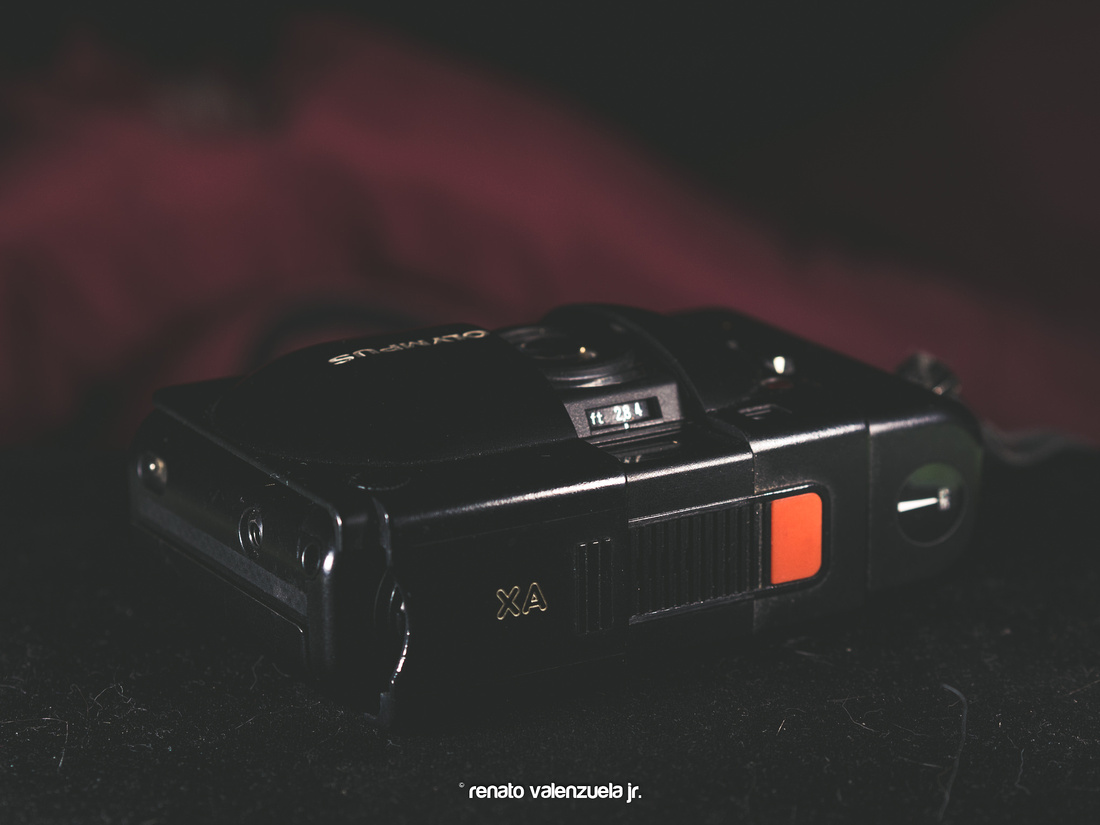 As it were then as it is today, cameras were tiered.  Top level enthusiasts and working professionals typically went with interchangeable lens system cameras while mere mortals and common-folk would use compact point-and-shoots and that's how it's always been.  But first came the Olympus XA, the missing link.  One of the smallest mass-produced cameras ever made, the Olympus XA's size didn't stop it from being feature-rich.  It's a masterstroke in industrial design.  It comes with a tack-sharp fixed focal length lens of 35mm with a maximum aperture of f/2.8.  It has a coupled rangefinder, which means focusing can be precise and accurate.  The shutter button is electromagnetic and has the faintest release.  So faint, you often get unintended shots on accident.  The best part of it all is that this is one of the most intuitive cameras ever made.  An amateur or anyone with an inclination towards photography can pick this camera up and already know how to use it without reading the manual.  There's only one shooting mode and that is aperture priority.  There's an indexed sliding dial on the front where you select the aperture value in whole stops while the camera selects the appropriate shutter speed ranging from 10s to 1/500s.  This camera is from the 1970s so selecting the speed of film you were using was still dependent on the photographer.  It goes from ISO 25 to 800 in 3rd stop increments.  There's even a +1.5EV back-lit override when lighting your subject from behind.  It's lever is shared with the self-timer and battery check.  When it's set to the self-timer position, this lever doubles as a "foot" if you place the camera on a surface.  This camera came from a time in transition.  It's only half-semiconductor.  The photographer still had to do the real leg-work. 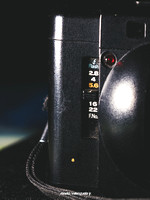 Aperture is Your Only Priority 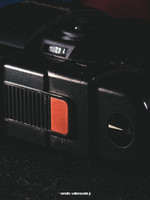 Hyperfocal Focusing.When f/5.6 is selected and the focusing lever is set to the orange 8, this is the hyperfocal setting of the lens. All you need to do is snap away.

And yet, that's what made it so perfect as a tool for learning.  I used this camera all throughout B&W II in college, leaving my FE10 at home because I would take the train to the city quite often and with the events of 9/11 still in the mind, didn't want to draw attention to myself with a big camera.  I had my XA in one pocket, rolls if film in another.  Now, I go on and on and on about 50mm being my favorite focal length but there's something about 35mm that also seems just right for street.  It has just that bit more depth while still looking normal.  You end up stepping in more as opposed to stepping back.  The XA is also probably why I've never bothered with getting a 35mm prime for my kit.  No other lens could do it justice.  How I wish Olympus would come out with a digital version while keeping the impossibly small form factor.

Does it have faults?  Of course it does.  Nothing in this world is flawless, except for maybe Gal Gadot and the Integra Type R.  When I mentioned the shutter button earlier, I wasn't exaggerating.  The faintest pressure on the button will trigger the release.  I had to learn to shut the camera off between shots to prevent any accidental abstracts.  Fortunately that process is easy.  The meter is activated by sliding the dust barrier back to reveal the lens.  Once it's open the camera is ready to use.  That's probably its biggest fault.  Another one is the top ASA/ISO that the user can select is 800.  Since its aperture priority only this limits how far you can push your film over boxspeed.  The meter is reliable enough though and with careful framing, one needn't worry about pushing beyond +1 stop anyway. 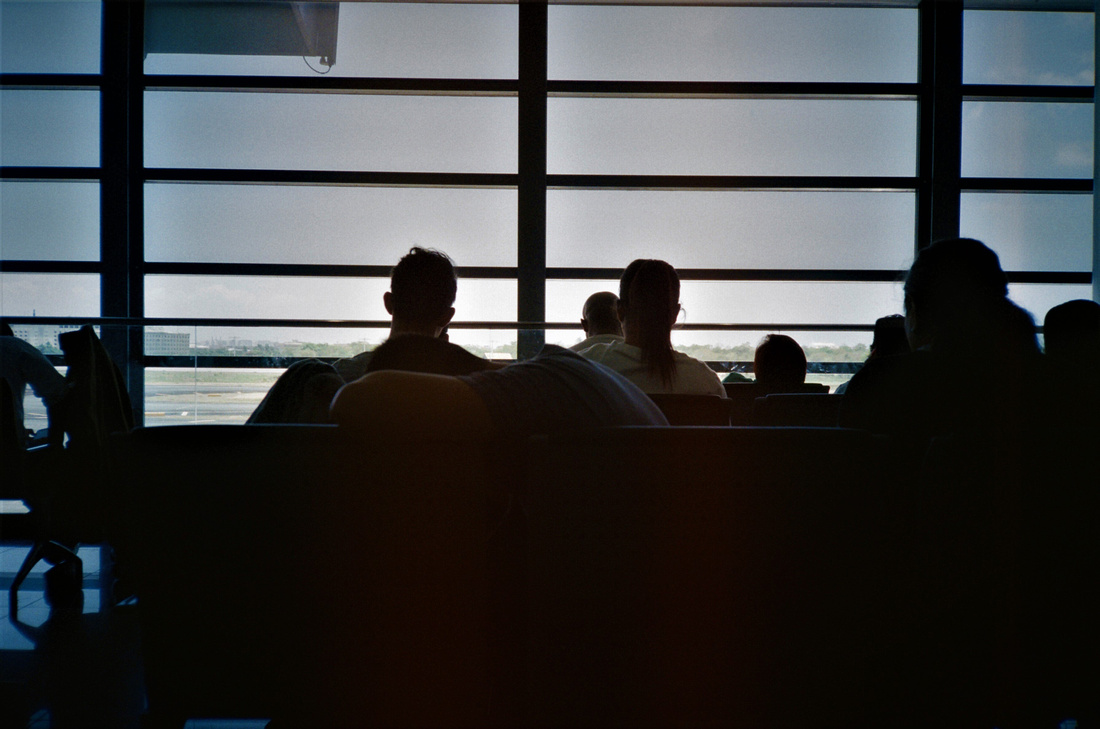 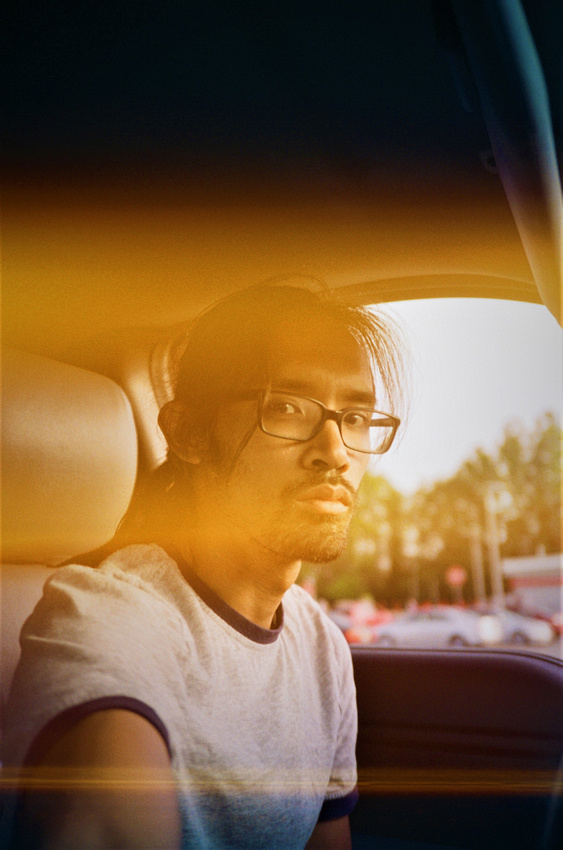 Film SelfieWhen you're down to the last few frames, you'll do anything and everything to burn off those last few shots. I suspect the banding came from the powerful x-ray at the airport. Either that or it's time to replace the seals. The camera is 6 years older than I am after all.

Film always seems to be "making a comeback," as they say.  In my mind it never left, but it's nice to see the current resurgence of legacy brands reintroducing all the favorite emulsions from the last century in 135 format.  I was lucky enough that I got my XA for free.  It's technically still my dad's camera, but he's learned to not mind when it comes to me borrowing all his old gear for extended periods of time.  It's no Leica but in my inconsequential opinion, it out-Leicas Leica with minimalist Japanese simplicity.  Prices for decent working units have varied from as little as $5 to an absurd $140 on eBay.  If you're paying over $50 for this camera it better come with the box, sealed.

-Just enough control over your exposure

-top ISO of 800 and max shutter speed of 1/500 means daylight film only.  Bust out the tripod once the sun is gone.

-focusing patch will have faded over time. but that can be fixed with the dot of a Sharpie drawn at the center of the rangefinder window

You've grown restless with your phone, you know what you're doing with digital and want to try the wonderful world of film without looking like a Kendal Jenner/Brooklyn Beckham wannabe. 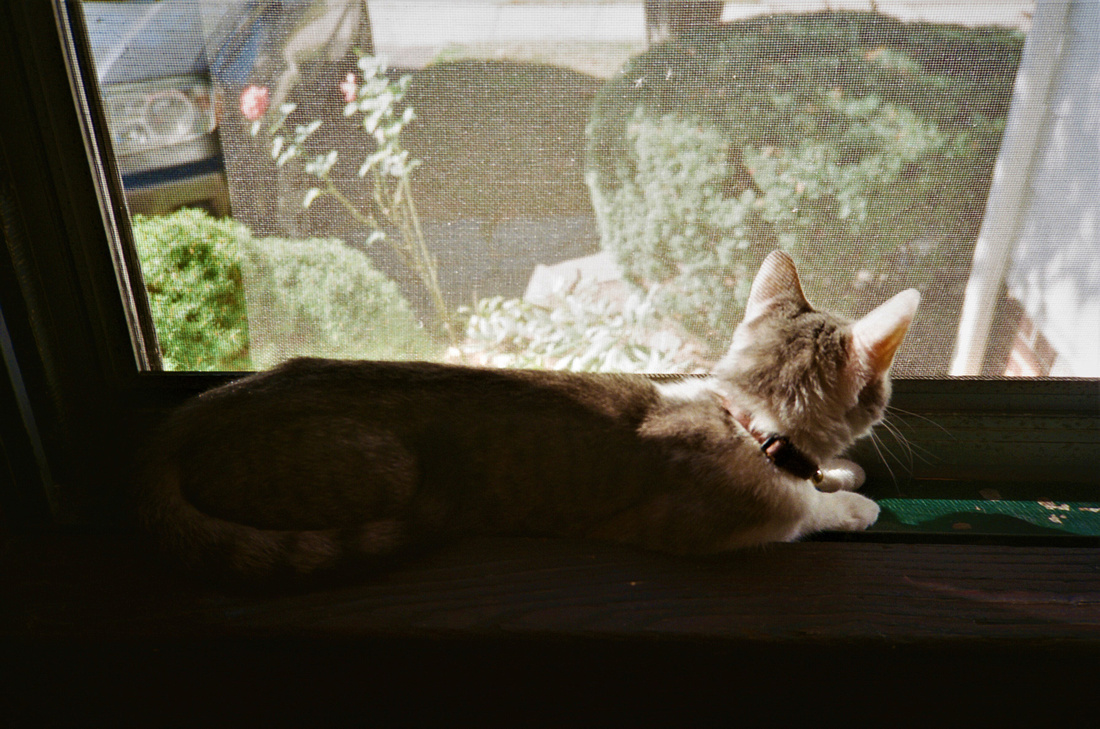 Matthew Dallow(non-registered)
Good stuff - I saw you over on the analog reddit. My wife and I love using this little camera. Agree with your points - especially the one about Gal Gadot :)))