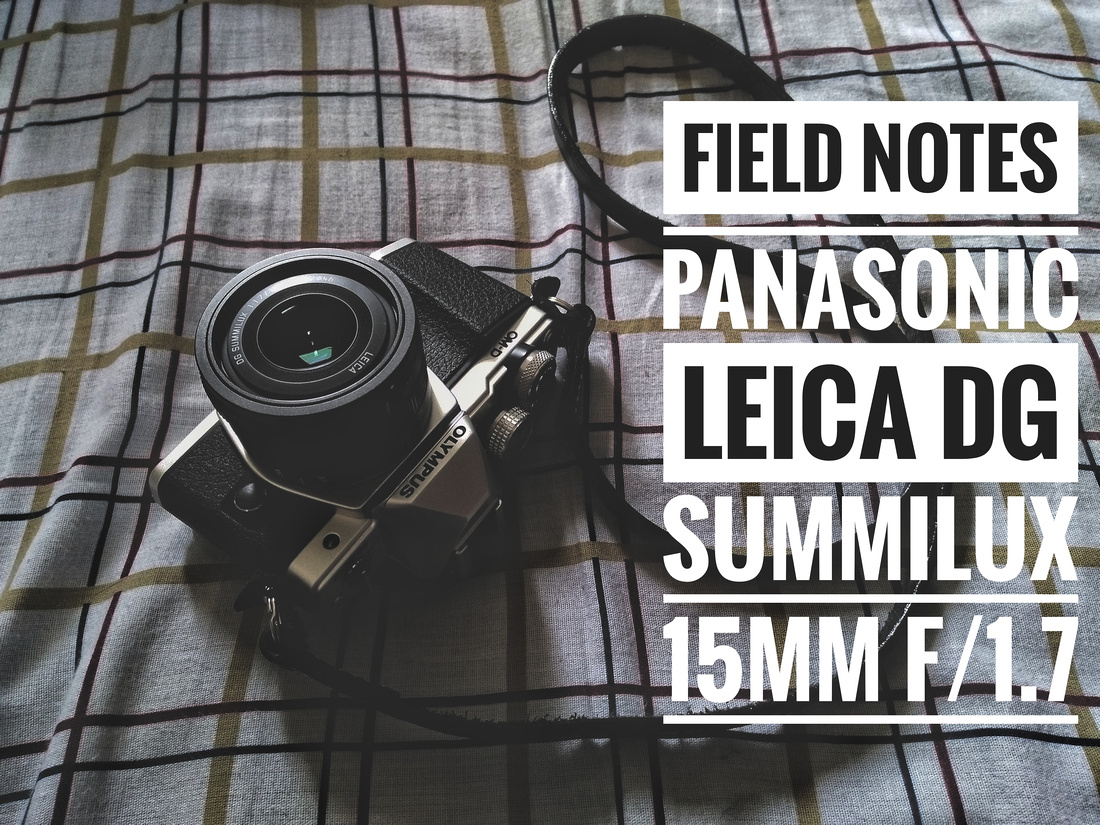 Let's get things straight.  I am not a fanboy.  I hold no allegiance to any particular brand though I do have affinities for some.  If anything I'm a Nikon apologist.  I celebrated their 100th Anniversary by buying an Olympus camera and a Leica-designed lens manufactured by Panasonic.  I think of gear as tools for the job, nothing more.  Having said that, even though I have never shot with anything from this brand, when it comes to anything that has the Leica name associated with it there's a certain reputation that comes along with the name.  So I wanted to find out what it is about all things Leica that make them so special.  This lens has been around for awhile, but it's brand new to me.  Ever since I started adopting a new format, this was definitely on the wish list based on what's already been said about it.  Rather than trying to review it as there are better outlets for that sort of thing, I will try and share my thoughts about this lens based on my use out there in the field.  This is technically the first ever Leica branded product I've ever owned so believe me when I say this, the hype for anything Leica is real.  All I can truly say about this PanaLeica is wow.  German design input with Japanese manufacturing is a combination that's unparalleled.  As far as handling goes it's a joy to use.  Even though the aperture ring doesn't work on Olympus bodies, it's still something I like playing with if only to hear the satisfying clicks from the 3rd-stop indents.  Not to mention how it slides into A from 1.7.  This semi-wide may be small in stature, but it feels substantial in the hands.

Something I can't quite describe but can definitely notice between other wide-angle lenses I've shot with.  The way the depth of field seamlessly blends into out of focus elements is something I haven't seen with my Nikkor 28/1.8G.  It goes from tack-sharp to butter-smooth out of focus elements.    Color contrast is punchy without being overbearing. Black and white is where it thrives.  It's almost tailor-made for street portraiture.

By virtue of being a wide-angle lens, stopping down isn't always necessary to achieve a deeper depth of field.  But at f/5.6, it's as sharp as it's going to get across the frame.  However, when it comes to shooting with Micro Four Thirds stopping down for acceptable sharpness usually never exceeds 2 or 3 stops from maximum.  Perks of a "half-frame" sensor I suppose.

It goes without saying that at f/1.7 it's not completely useless in less than ideal lighting situations.  In fact, it's quite awesome.  This is why you want fast primes.  Since it's wide enough, it's also suitable for astrophotography.  To those saying it's difficult to find infinity on a lens that has focus-by-wire with no hard-stops on the focusing ring, the trick to "finding" infinity is much simpler than you think.  Although I'm not entirely sure Panasonic has this feature, Olympus does in its firmware.  There's a miscellaneous setting that resets the lens to focus to infinity upon powering the camera on.  Suddenly the AF/MF switch on the barrel of the lens becomes even more useful.

This lens does have its imperfections.  At 15mm, its 135-format equivalent is 30mm as opposed to the more useful 28mm.  It's prone to color-fringing.  There's a hint of barrel distortion.  Leica purists will say, "a true Summilux is supposed to be f/1.4 not f/1.7" and yet, none of this matters.  What Leica seems to pull off, better than the other manufacturers out there is imbuing character in their products.  Or in this case, character into Panasonic's products.  You definitely get what you pay for with this lens.  Get it at Adorama.  I found mine on eBay.

-with everything that comes with this lens you'd think Panasonic would've supplied a better lens cap. Gotta skimp somewhere I guess.

The pinnacle in Micro Four Thirds design ethos.  Just get one already.

These notes have since been featured in the online publication, Olympus Passion.  Check them out!

Otto Rascon(non-registered)
What a great review of an amazing lens. I like your approach to reviews and agree with you on this lens. It rocks and it's one of my favorite lenses for m4/3.
No comments posted.
Loading...