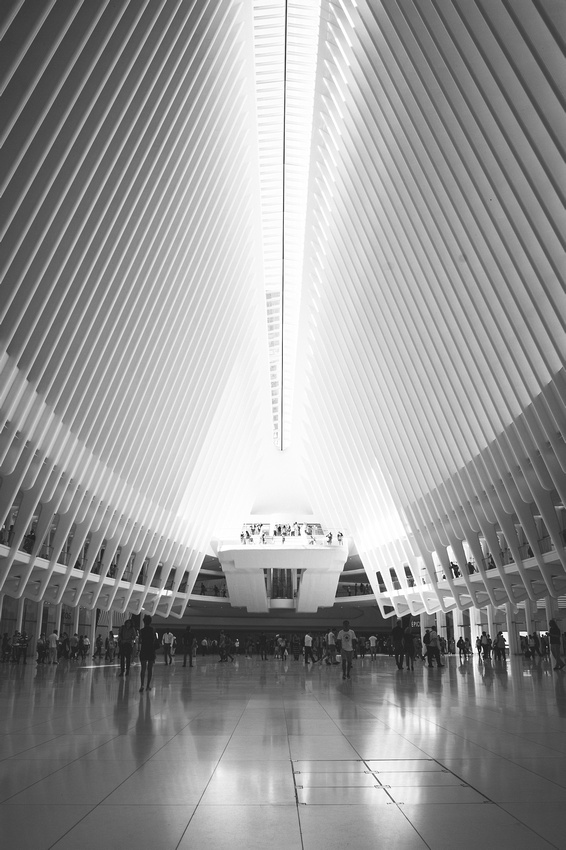 It's pretty crazy to consider this thought:  there are teenagers alive today that have never known of the original World Trade Center, the twin towers.  Was it really that long ago?  Even in their heyday the Twin Towers were an engineering and architectural marvel.  To those that lived underneath it and had to deal with their long shadows of which were casted by them, they were universally scoffed and thought of as an eyesore.  Such is life in New York, the toughest crowd to please.  Having grown up around here, they were a very familiar site.  Coming home from a long trip as a kid, seeing them creep up on the horizon I knew I was close to home.  Then 9/11 happened.  That sense of familiarity had soon disappeared.  I knew I was home, but something just felt a bit off.  Anger, frustration, grief.  It kinda goes without saying that's what it felt like for awhile around here.  Fast forward a couple years and things went back to normal, until I noticed something.  On my regular adventures and forays into the city, I'd see the brightest lights just above ground level right where the Twin Towers used to be.  Every week these bright lights kept getting taller and taller, they finally started on that Freedom Tower we kept hearing about on the news.  The promise of five new skyscrapers and a state of the art "Transportation Hub" were going to replace the World Trade Center, along with a very fitting and respectful memorial.  Something that was promised long ago that is now slowly but surely all coming together. 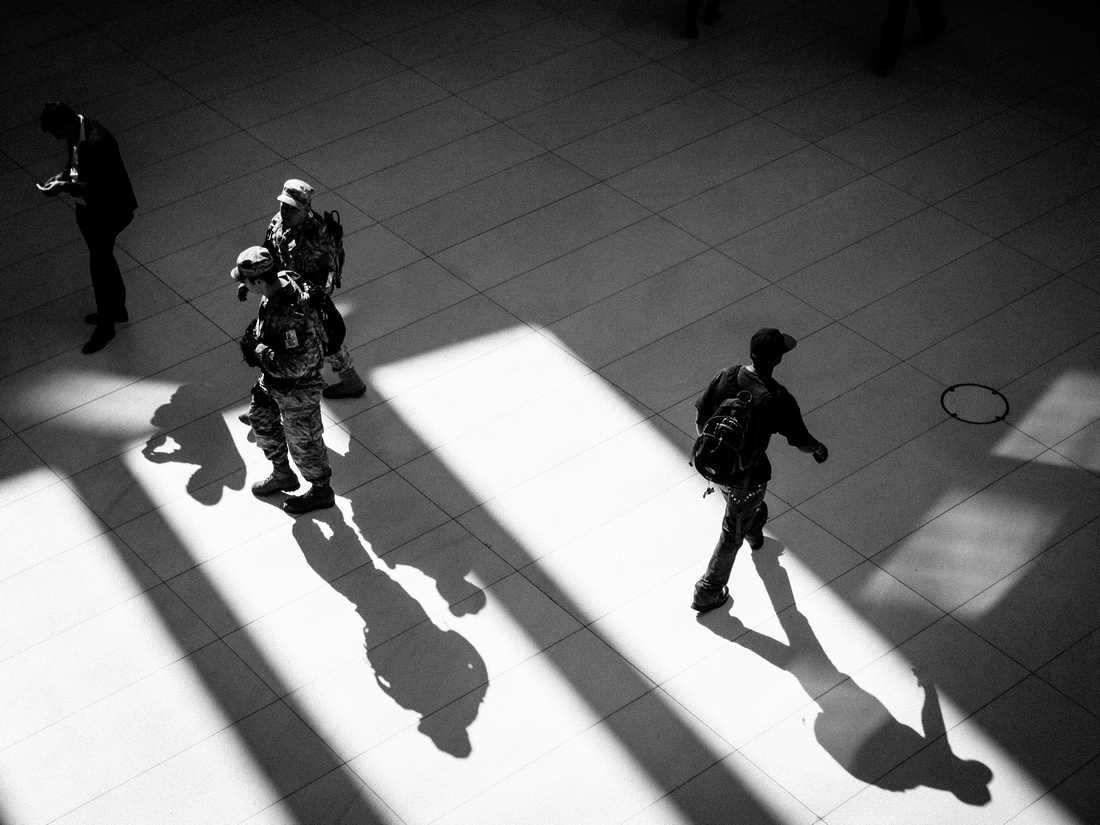 The old PATH station underneath World Trade was really just a subterranean shopping mall with zero natural light.  There was no hiding it that the place was underground and all people ever wanted to do was disembark from their train and get above ground to join the rat race as quickly as possible.  It was forgettable.  This place is the exact opposite. 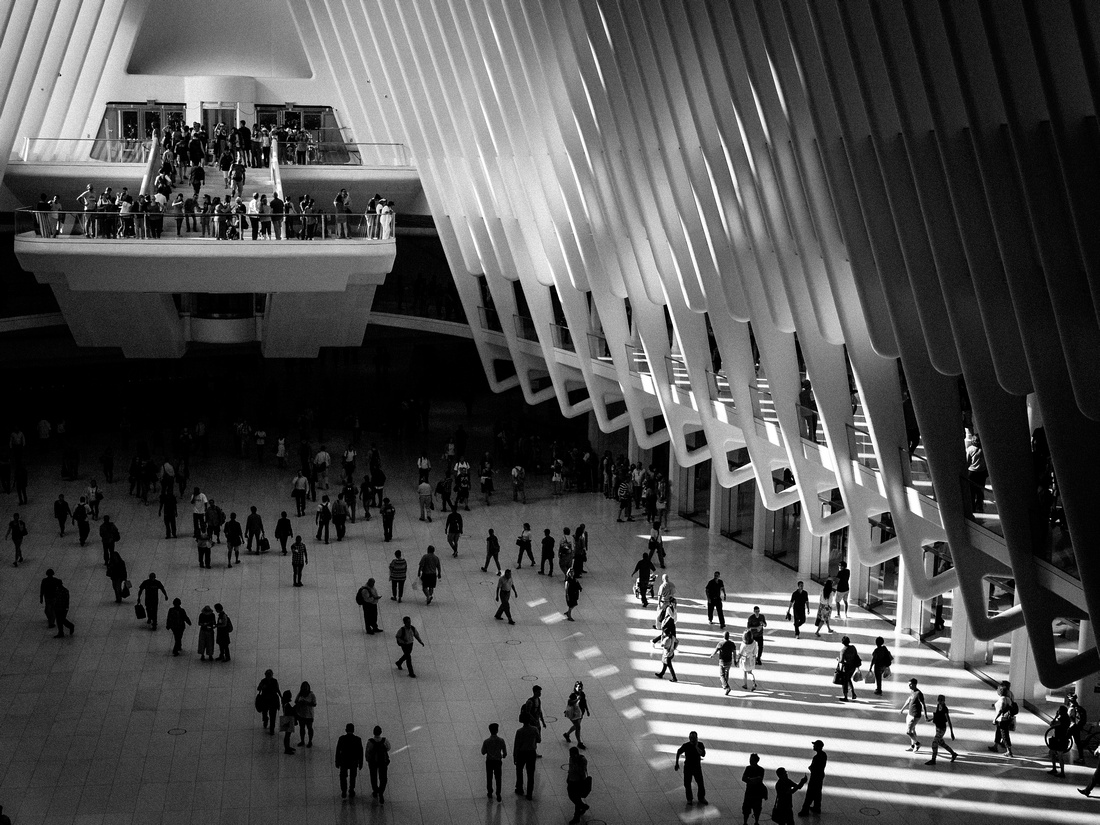 This place is a photographer's dream.  The Oculus is oriented in such a way that it takes full advantage of natural light provided by the autumnal equinox as the rays cascade down and through the "ribs." 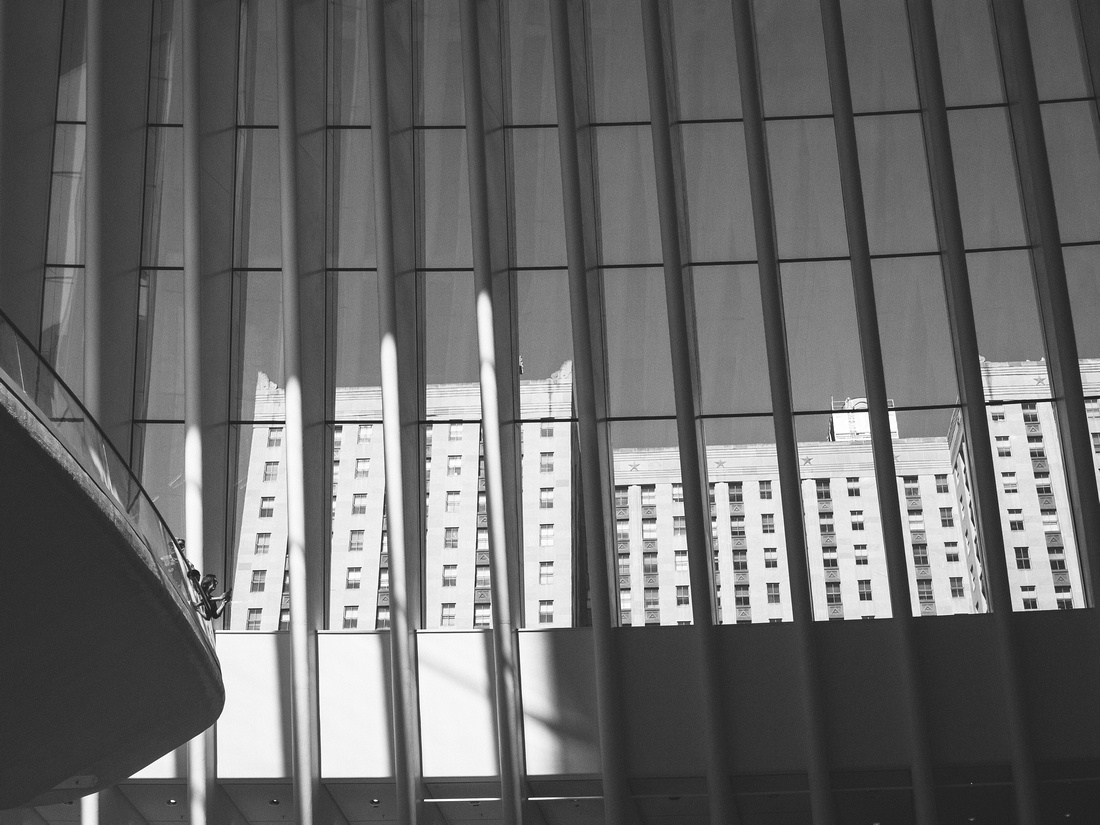 One could perch themselves at the mezzanine level to people watch, to count the pillars, observe wave after wave of people arriving from trains making the mad dash across the concourse to catch their next train.  Or if you stood there long enough, watch the sun's rays make their way around the place. 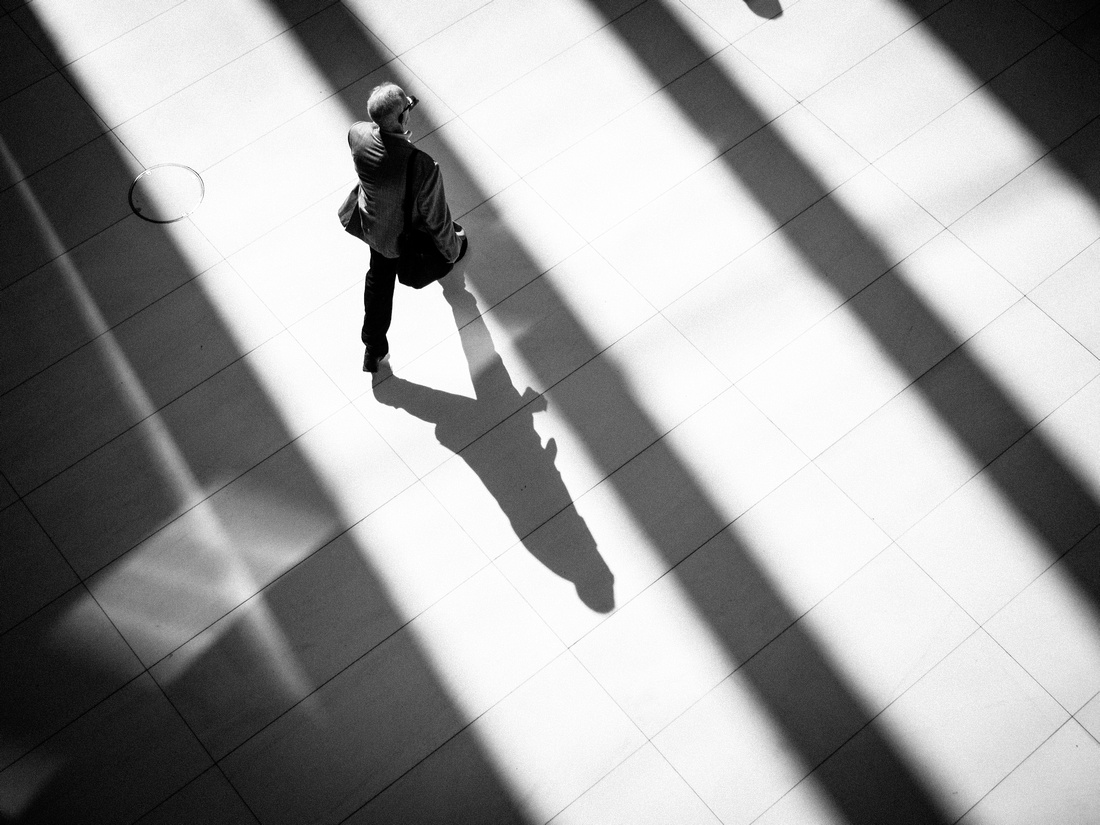 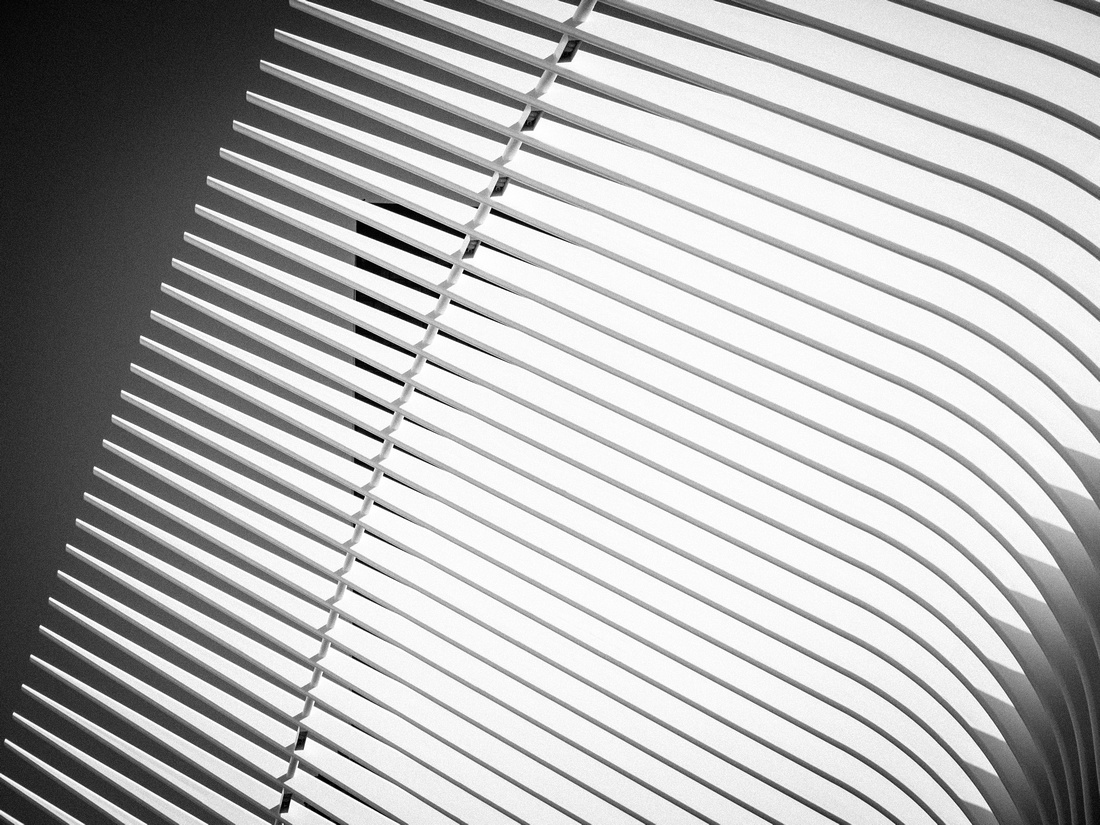 A more cynical person would suggest that this place is merely just an overly ornate shopping mall in between two train stations that went seriously over-budget.  Which is too bad, because clearly that cynical person hasn't flirted with their imagination in a long, long time.  At first I thought the place was overwrought with white.  It felt very sterile, almost clinical.  The hue also embodies, for this place in particular, a sense of purity.  Maybe even a fresh start.

Photography featured in this article are available for digital download purchases here.