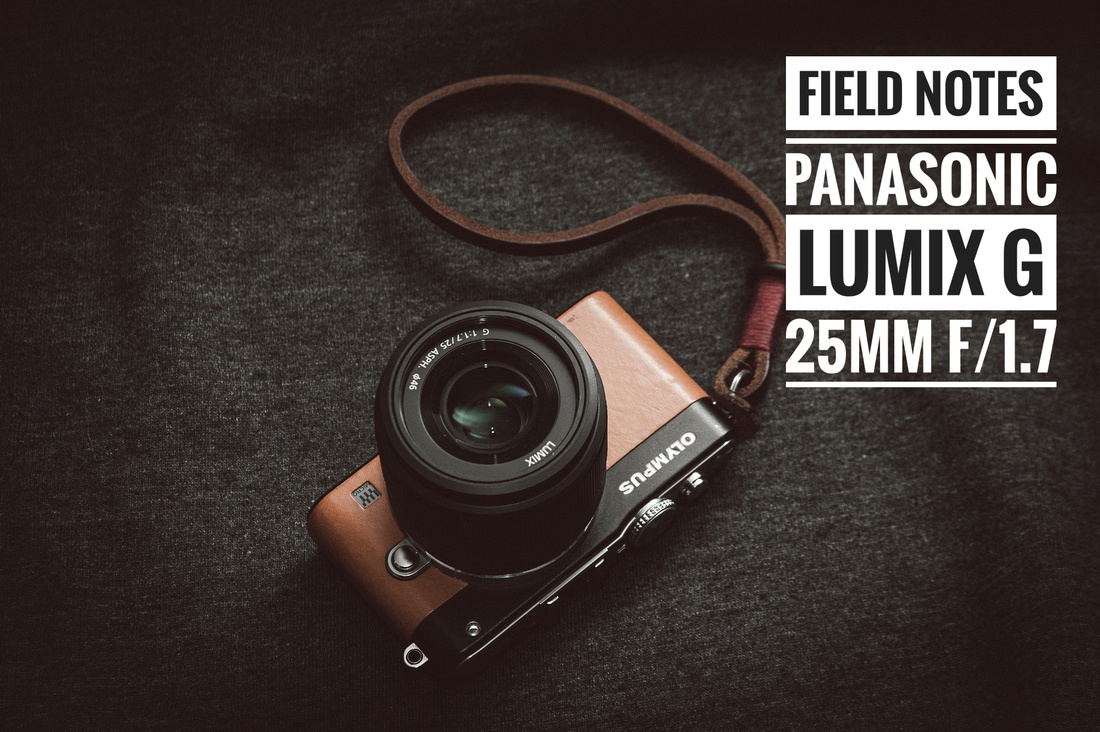 Micro Four Thirds has become my "second system" of sorts.  A couple years ago I bought an Olympus Pen Lite E-PL3 to use as my travel camera.  On most occasions, it'sthe camera that I take with me because of its small footprint and discreet looks.  When I'm on the job, it's my Nikon SLR gear all the way.  But sometimes it gets cumbersome and a bit overkill to carry all that gear around just for the sake of street photography.  Enter the Micro Four Thirds standard.  My little Oly came with the 17mm f/2.8 Pancake which is an okay performer, but leaves a lot on the table when it comes to build quality and performance.  So it was time for a throwback focal length, a nod to the 50mm fast-aperture prime.  Or in this case, 25mm.

I honestly didn't hear about this lens up until about 2 days before I bought it.  What initially caught my eye was the price.  For $99 on Holiday Season pricing, it's kind of a no-brainer.  You can really do no wrong having a nifty-fifty (or its equivalent) in the bag, especially when it's that inexpensive.  How lucky I was to get my copy because apparently this lens is currently in demand and is back-ordered til March.  This review is more about the feel and how it behaves out there on the streets and in the real world.  If you're a pixel-peeper looking for MTF charts, you've landed on the wrong Google search my friend. 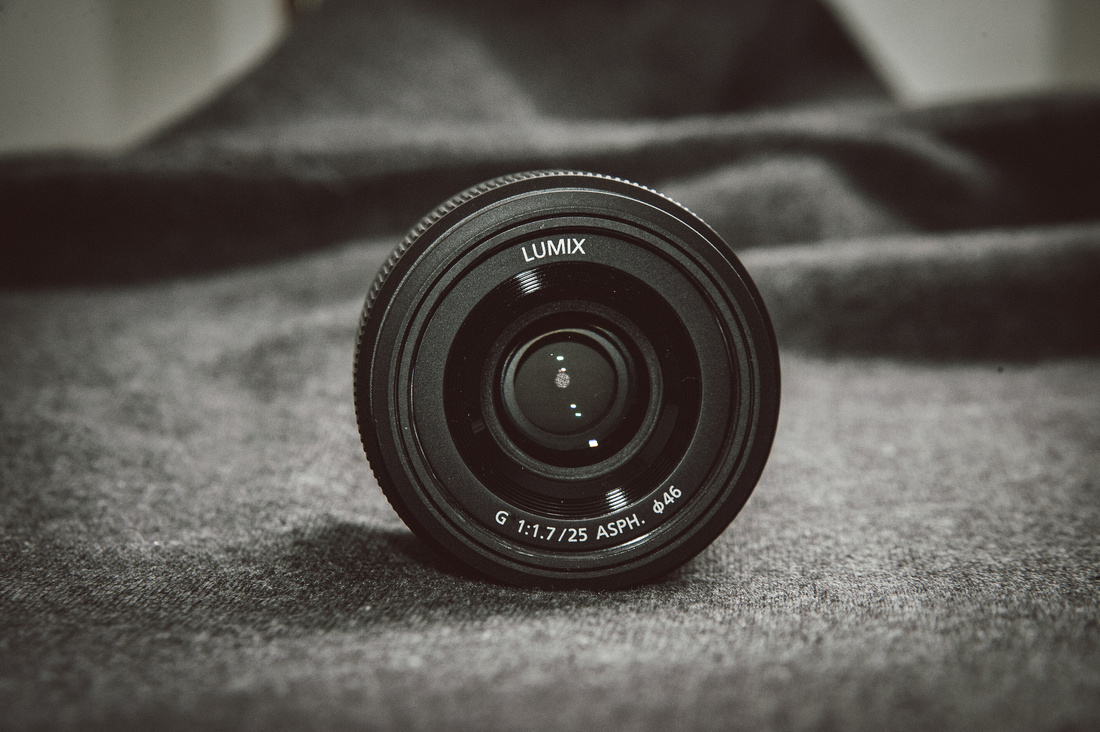 First things first, it's mostly plastic.  But it isn't the cheap and chintzy Canon kind.  It feels like it's worth more than its price suggests.  Panasonic offers it in two finishes: black or silver.  Though to be fair, the black looks more like a very deep gray than an actual black.  The first segment closest to the camera has a raised red little "pimple" to match the mounting point on the camera body.  The second segment contains the product markings and a very wide ribbed focusing ring.  At the very front surrounding the front element is a trim ring that I am never taking off because it seems like such a hassle to pry off just so you can mount the bayonet style lens hood, which in my case is still in its wrapping tucked away inside the box.  Thoughtful to be included, but not entirely necessary considering how recessed the front element is and how the front of the lens itself protrudes out at a decent enough length.  Lens flare will happen at the most awkward of angles regardless.

Something else worth mentioning, it's bigger in person.  See the draw of Micro Four Thirds is that since the sensor is smaller, the cameras are smaller, the imaging plane to lens flange distance is shorter, therefore the lenses can be designed much smaller.  Not to say this little guy is frickin huge, it's still relatively diminutive. 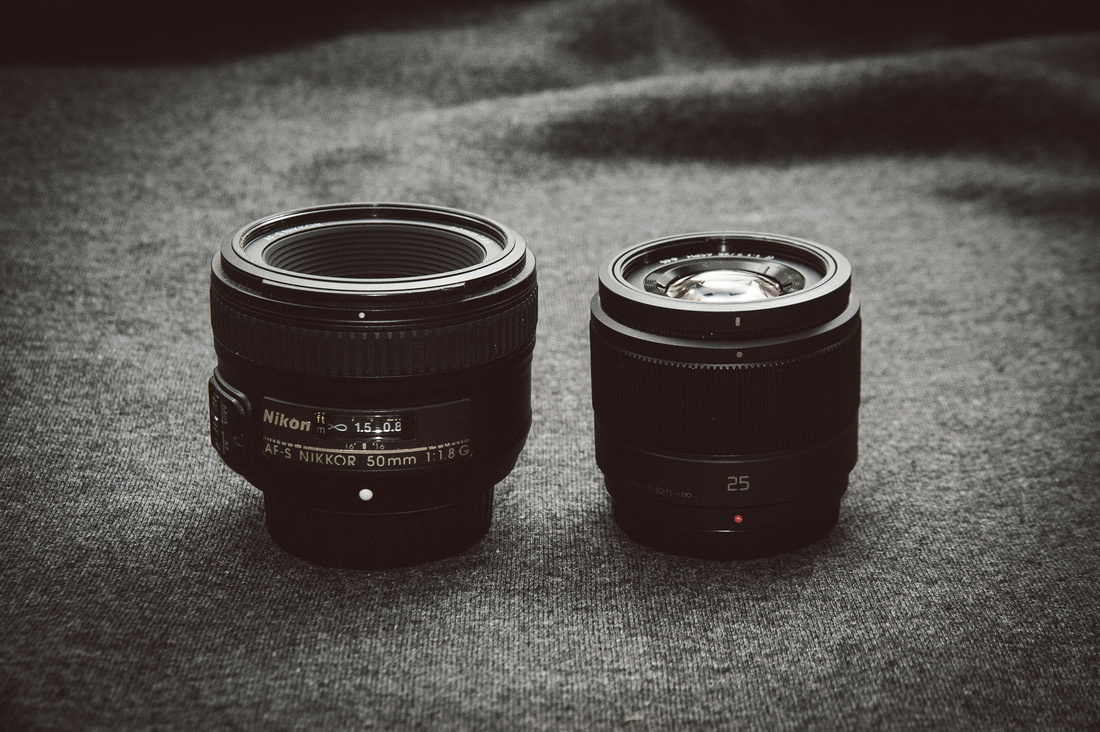 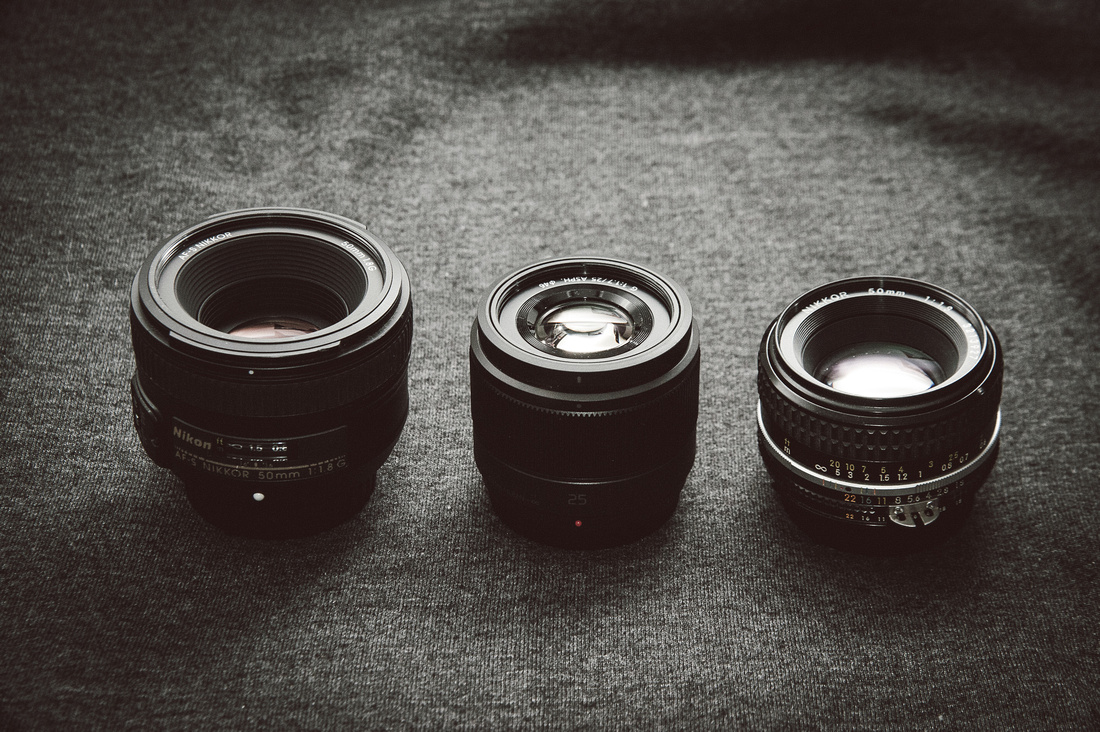 So much for the small form factor.  It's virtually the same size as a manual focus lens that does the same thing but does so on a format that's half the size.  Olympus has learned to make their primes as small as they can.  Granted they have a history in doing that.  Their 25mm f/1.8 is two-thirds the size.  Maybe the faster .1 of a stop literally makes that big of a difference.  That's my gripe. 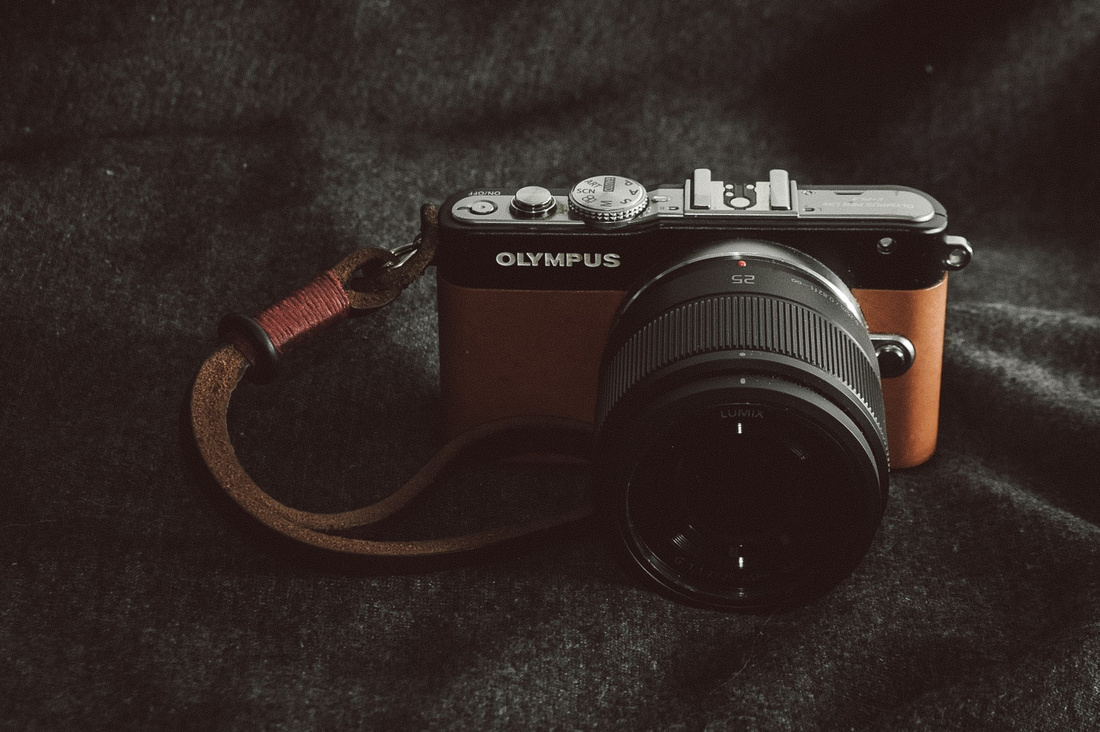 Mounted to my E-PL3, it's actually very well-balanced.  Its nice and light, not at all front heavy.  Manual focusing though is a hassle, depending on what body you're using.  Like most MFT lenses in its class, it's Focus by Wire so there are no physical hard stops on the focusing ring and there is no distance scale.  So if you're shooting with an older MFT body that doesn't have a split picture-in-picture manual focusing mode or the very useful stolen-from-Sony focus peaking, you're going to have a bad time.  Having said that, the focusing ring itself is very well damped and pin-point manual focusing is a breeze.  The AF itself is snappy and responsive.  Occasionally it will hunt, but I suspect that's because of the age of my camera.  The stepping motor is close to silent.  The first couple days I had to turn the focus confirmation beep back on just to make sure it was working.  Only extreme ends from out of focus to in-focus would you hear the faintest of whirring.  Videographers be wary.  Not that they would use autofocusing lenses anyway. 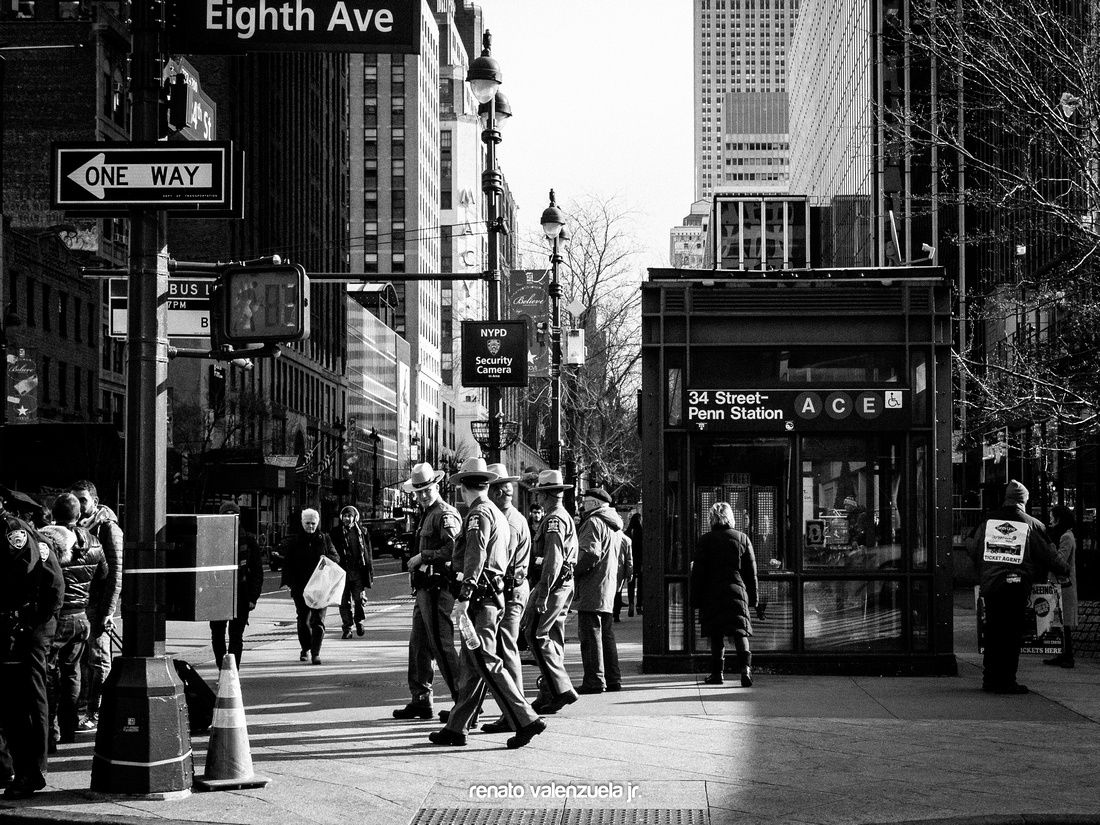 Since it's a Micro Four Thirds lens, relative sharpness is going to be superb.  Because of its much more apparent depth of field, stopping down to f/2.8 would yield reasonable sharpness all the way to the corners.  Stopping down any further would be for conditional purposes.  Distortion is damn near non-existent to the naked eye.  Not that it really matters because it's corrected for anyway in-camera or through Lightroom. 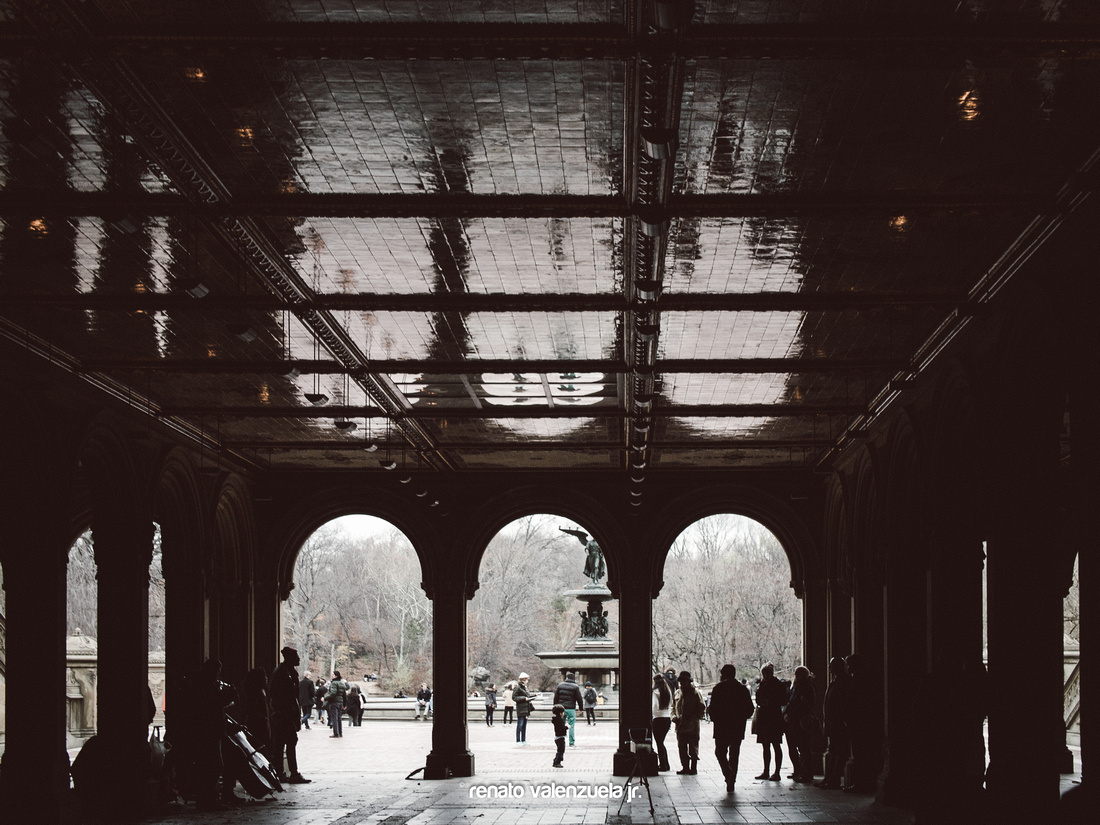 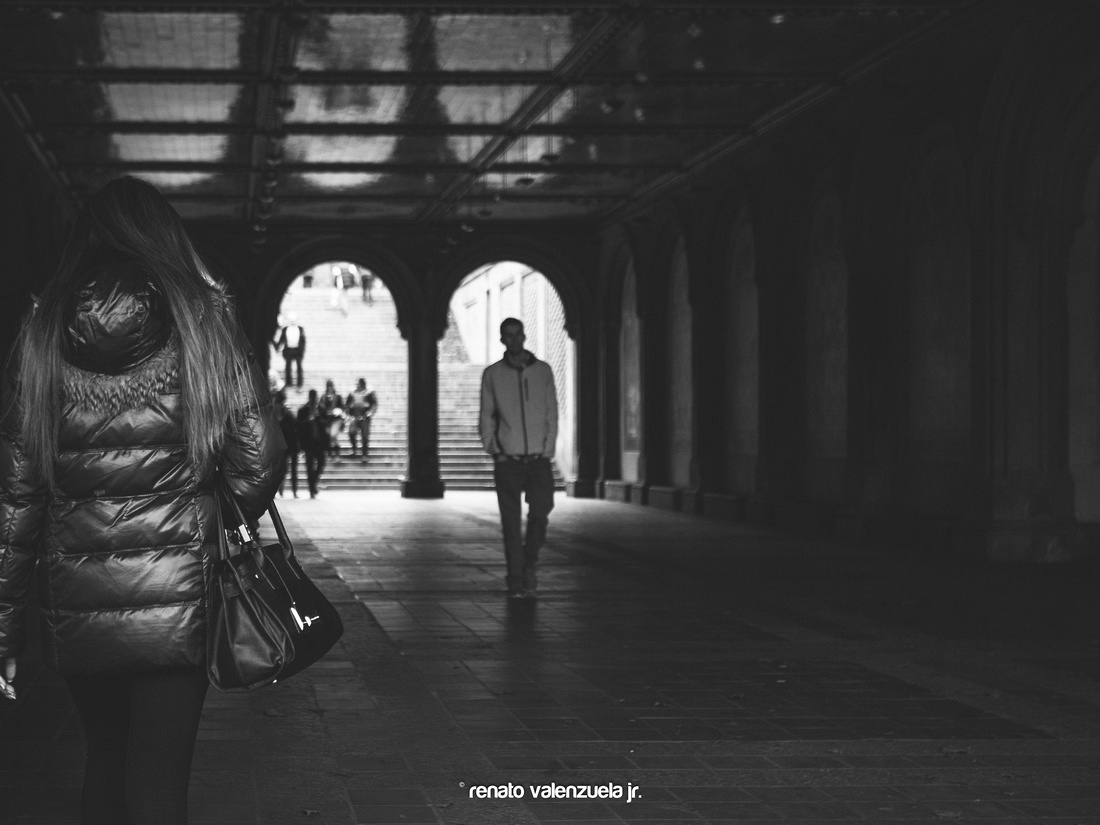 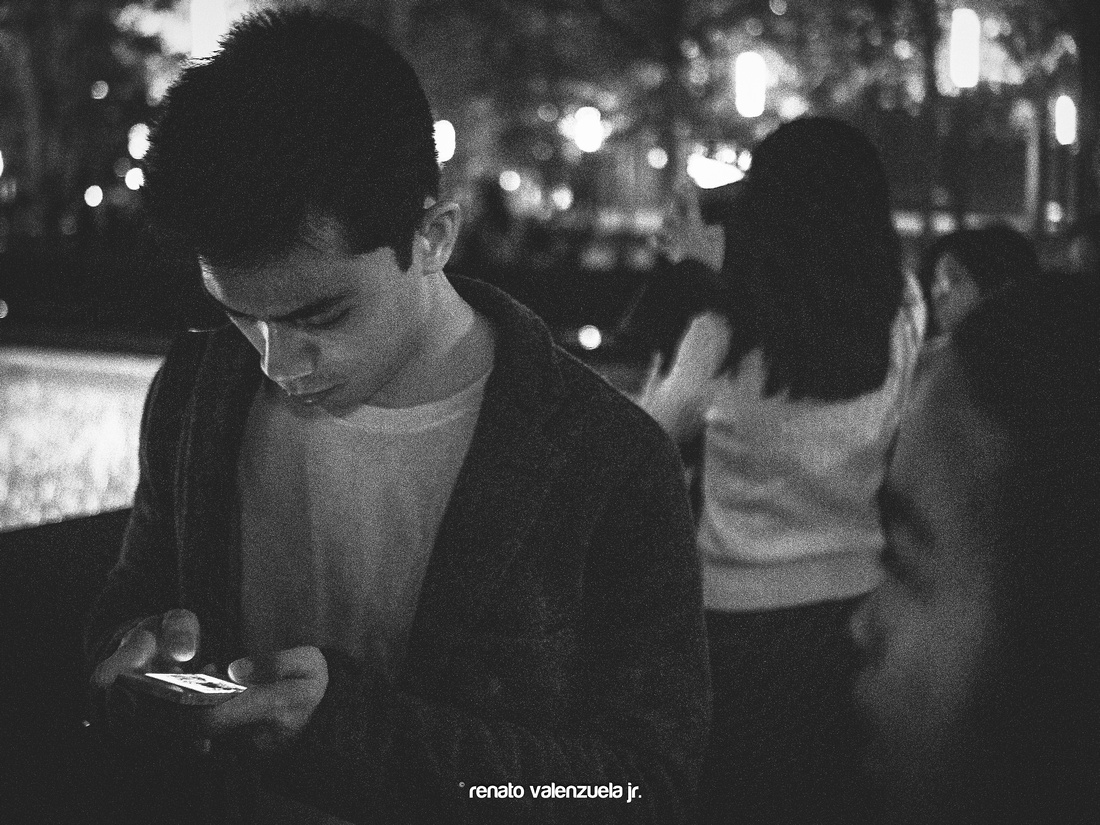 So how does it handle in low light? Quite well actually.  Shooting at f/1.7 in aperture priority will throw to 1/30s almost all the time.  Since 25mm is too short to be considered a long lens and too long to be considered wide, using IS could benefit in certain situations.  Halation is well controlled once stopped down.  Those super-cool stars that result from points of light when stopped way down are well defined.  Back in the day, one would count the "rays" which reflect the number of aperture blades to figure out which manufacturer made the lens.  Panasonic is in the 7-bladed camp. 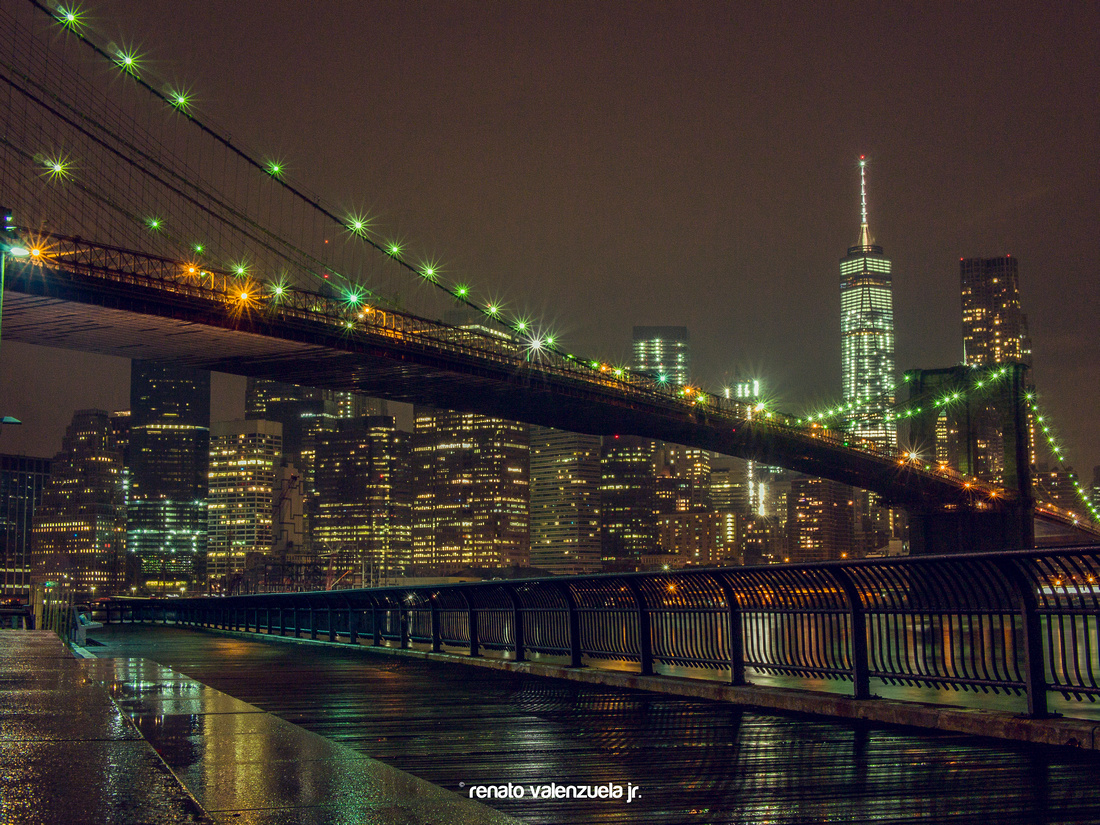 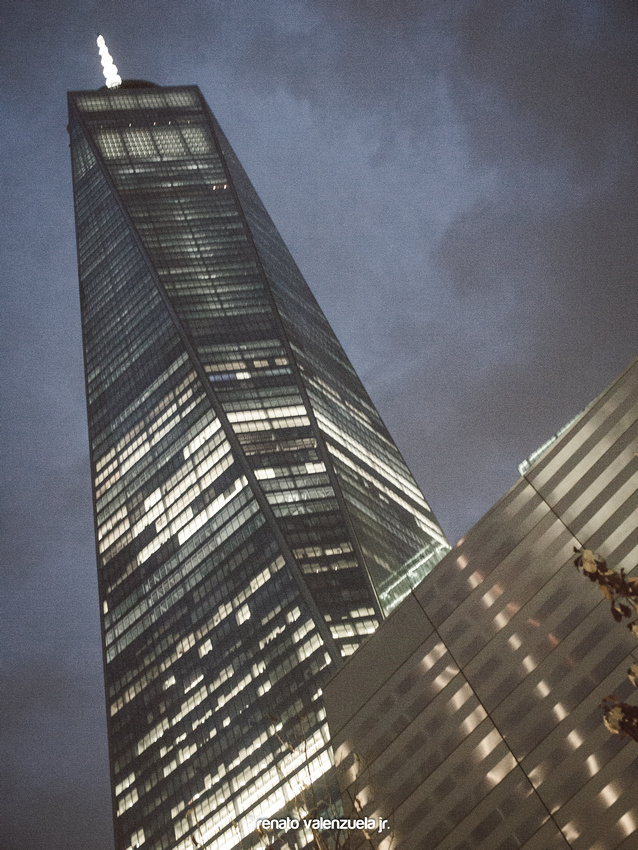 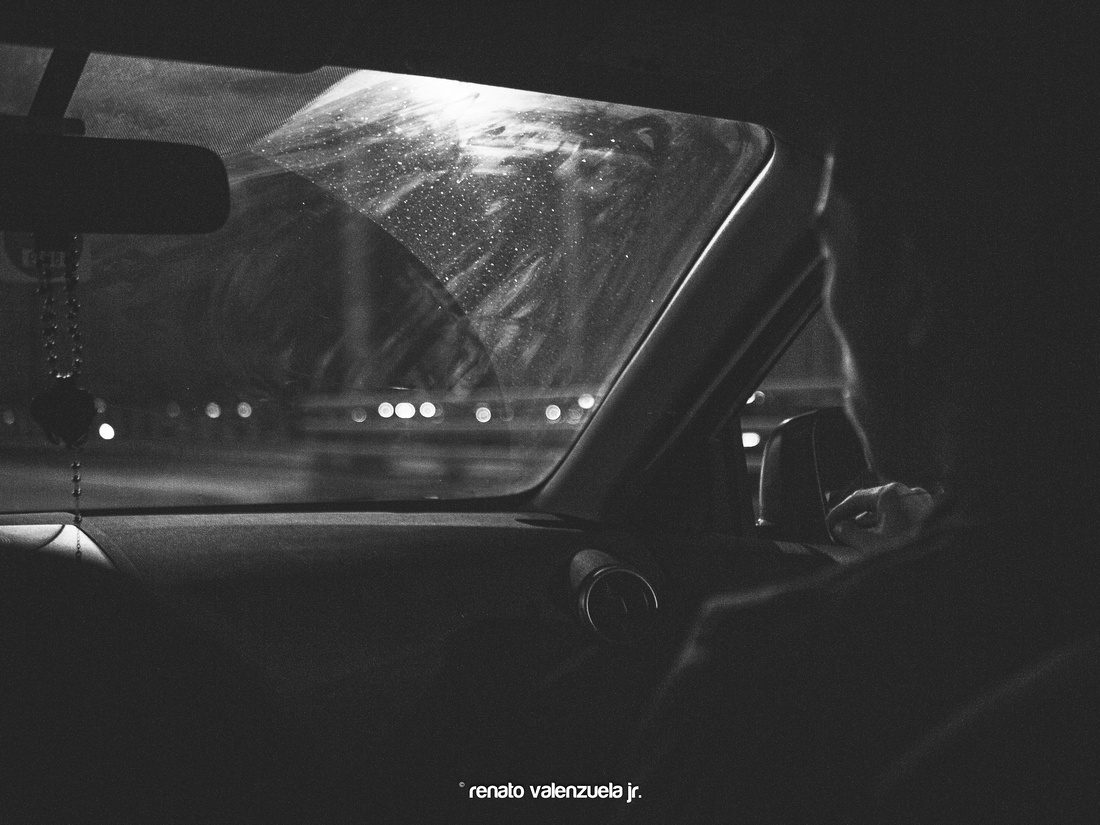 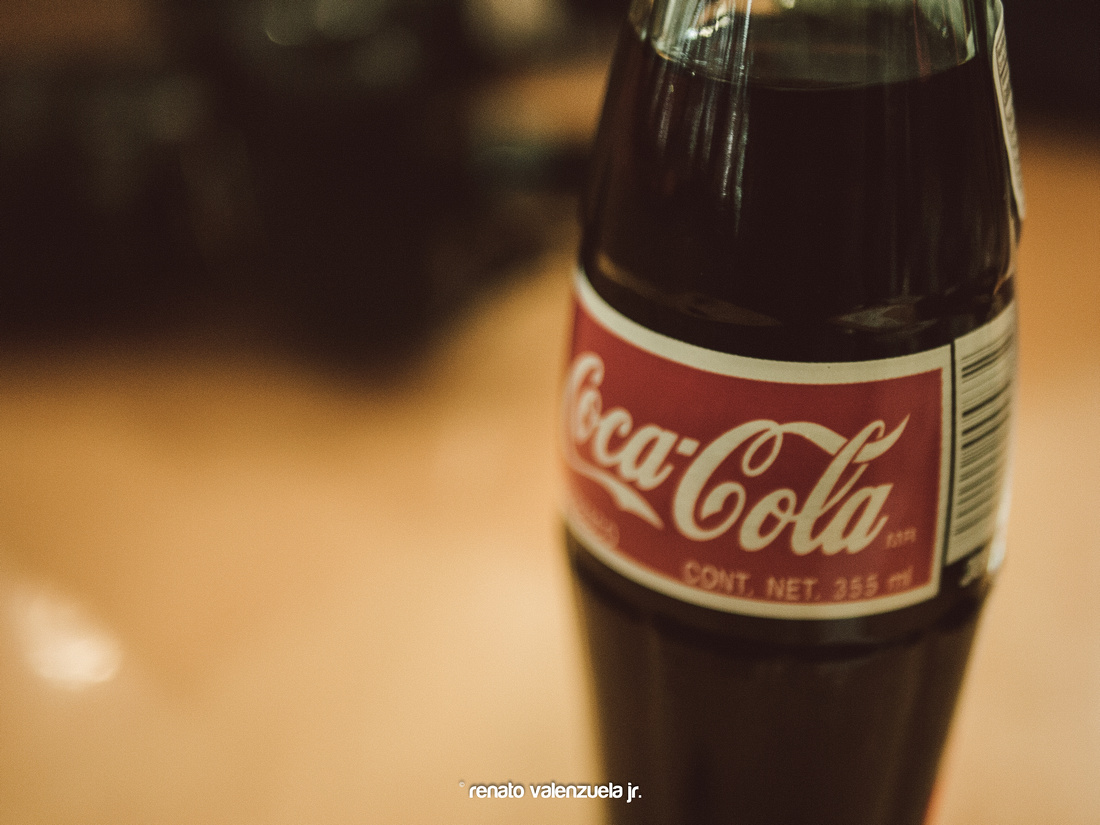 And now to the purely subjective, bokeh-on-a-budget business.  Thanks to the rounded aperture blades and fast f/1.7 maximum aperture, the lens renders out of focus elements in a creamy, non-distracting, smoother than expected manner.  I suppose the 25cm minimum focusing distance has a lot to do with the increased shallow depth of field abilities of this lens.  Bokeh-balls are nearly round thanks to the previously mentioned rounded aperture blades. 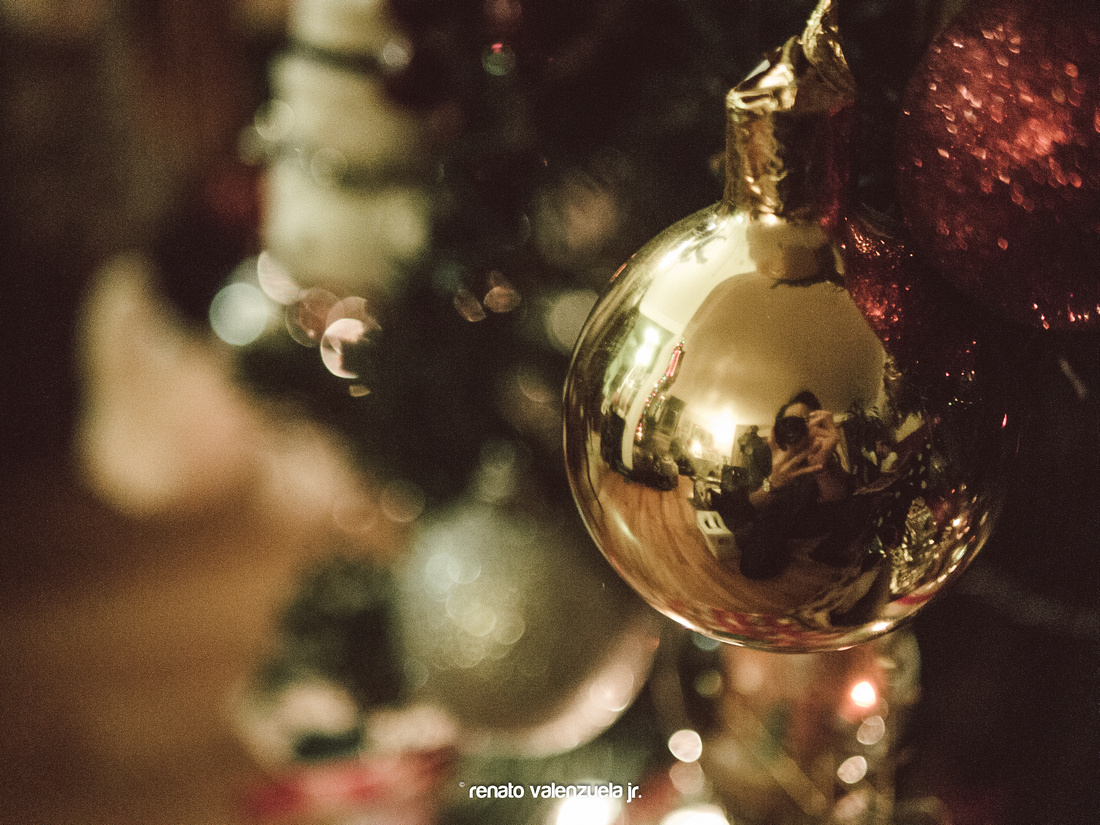 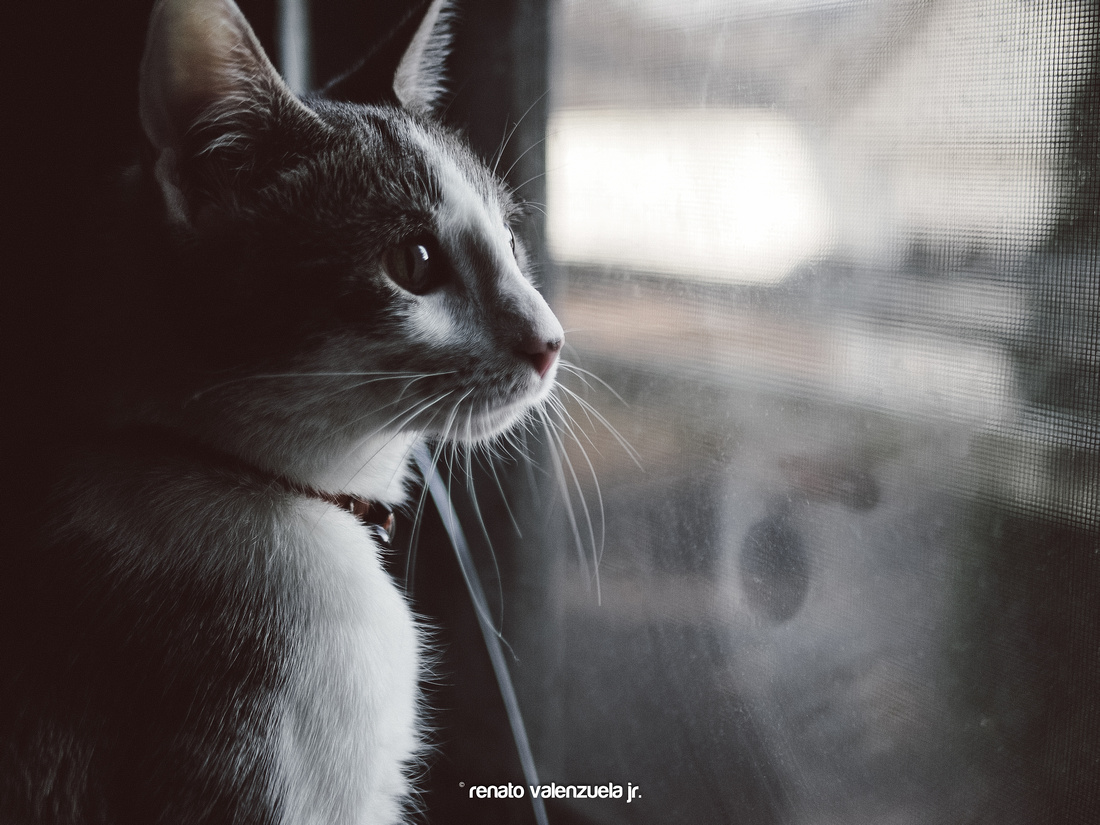 After having shot with this lens for the past month, it now lives on my E-PL3.   The kit pancake stays at the bottom of the bag as of late.  I had grown so accustomed to the 28mm focal length on full-frame it was actually quite refreshing going back to my nifty-fifty roots.  It felt like I was back in Black and White 101 all over again.  To see the world the way nature intended forces you to focus more on developing and refining your skills.   When starting out in photography and you want to flesh out your kit with more lenses, the first lens you pick up is typically a prime lens in the 35mm or 50mm variety for their versatility.   It's great to see the Micro Four Thirds Standard mature to where it is now, especially since there are now two fast-aperture affordable normal lenses to choose from.

Conclusion? If you didn't already pick up the Olympus 25mm f/1.8, consider the Panny.  You won't regret it.  That is if you can find it in stock anywhere.  There's always eBay.   You can also find it at Adorama.

-AF may not be quiet enough for some.

Vit Adamek(non-registered)
The decorative ring is very easy to remove by twisting it like with lens hood. The hood can be reversed for compact storage. Nice review. Got the lens yesterday myself and I am happy with it on GX80 :)
No comments posted.
Loading...